Richard Kerr is an English composer, who co-wrote "Mandy", "Looks Like We Made It" and "Somewhere in the Night" (all of which became hit singles for Barry Manilow) and "I'll Never Love This Way Again", ultimately the top 5 comeback hit for Dionne Warwick.

Kerr began his education at Bedford School. After gaining an interest for music at school he went into song writing. In the UK, he collaborated with musicians in the late 1960s and early 1970s such as Peter Green, Don Partridge and Scott English. The latter pairing resulted in the song "Brandy", which English released in 1971. This song would later become a worldwide hit under the title "Mandy" for Barry Manilow in 1974, although Don Partridge's "Blue Eyes" was Kerr's first hit as a songwriter.

In 1976, Kerr's solo album, Richard Kerr (re-titled Somewhere in the Night in some territories) was released by Epic Records, and in 2014 it was released digitally on iTunes. Kerr's album Welcome to the Club (1978, A&M Records) features songs co-written with John Bettis, Gary Osborne, and Will Jennings. Kerr's other albums include From Now Until Then, No Looking Back, Songwriter, and Reflections of Richard Kerr.

His most important collaboration has been with the American lyricist Will Jennings. They have written such popular songs as "Looks Like We Made It", a No. 1 hit for Barry Manilow, "Somewhere in the Night", which was a hit for Helen Reddy and later for Barry Manilow (1978), and "I'll Never Love This Way Again" a million-seller for Dionne Warwick.

In 1997, along with lyricist Don Black, Kerr wrote "You Stayed Away Too Long", sung by 18 year old Joanne May, one of the four finalists in the Great British Song Contest, the UK heat for the Eurovision Song Contest. It came third. 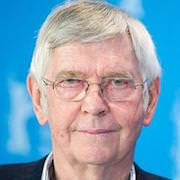