Richard Kermode was born on October 5, 1946 in Lovell, Wyoming. Kermode grew up in Buffalo, New York and attended Kenmore West Senior High School. By his teens, he was already a talented organist playing in a jazz trio called Milestones in Niagara Falls, Ontario. In 1969, he moved to San Francisco, where he became a member of Janis Joplin's Kosmic Blues Band, and he performed with them at the Woodstock festival in the same year. After Joplin's death in 1971, he joined the Latin rock band Malo. After leaving Malo in 1972, he became a member of Santana, and he played on their Welcome album as well as touring with them during their 1972–1973 tour of Caravanserai. After quitting the band in 1974, he became mainly a session musician.

In 1990, Kermode suffered severe kidney and liver ailments, but recovered and continued touring worldwide, moving to Denver, Colorado in 1994 to work on salsa music projects. He died on January 16, 1996 at Denver Health Medical Center in Denver after a brief illness, aged 49.

In 2008, Kermode was posthumously inducted into the Buffalo Music Hall of Fame.

The contents of this page are sourced from Wikipedia article on 17 Apr 2020. The contents are available under the CC BY-SA 4.0 license.
View Richard Kermode 's image gallery
Image Gallery 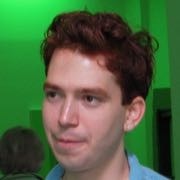