General Richard Davis Hearney (born November 27, 1939) is a retired United States Marine Corps four-star general who served as the Assistant Commandant of the Marine Corps from 1994 to 1996.

Hearney is a native of Petaluma, California. He was commissioned a second lieutenant in 1962 following completion of the Platoon Leaders Class program. He holds a B.S. degree from Stanford University and an M.S. degree from Pepperdine University. He graduated from the Naval War College in June 1980.

Hearney commanded at the squadron, air group, and air wing level. During Desert Shield and Desert Storm he served as Deputy Commander, I MEF. His staff tours included Deputy Director, J-3, U.S. European Command as well as Deputy Chiefs of Staff for Requirements and Programs, and Aviation at Headquarters Marine Corps, Washington, D.C. General Hearney was advanced to general and assumed the position of assistant commandant on July 15, 1994.

His personal decorations and medals include: 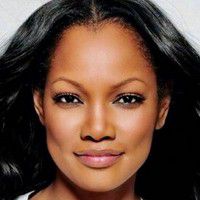 Former professor, co-founder of Wikipedia, founder of Citizendium and other projects