Richard Randall Clifton (born November 13, 1950) is a Senior United States Circuit Judge of the United States Court of Appeals for the Ninth Circuit.

Following his clerkship, he was in private practice in Honolulu, Hawaii until his appointment to the federal bench. He also taught for several years at the William S. Richardson School of Law at the University of Hawaii as an adjunct professor.

In 2006, he was one of the judges on the panel that upheld the imprisonment of journalist Josh Wolf.

On February 7, 2017, Judge Clifton along with fellow Ninth Circuit judges William Canby and Michelle Friedland heard oral arguments on a motion from the Trump administration to stay the temporary restraining order in State of Washington v. Trump, part of the ongoing court cases related to Executive Order 13769. A live audio feed of the telephonic argument was broadcast nationwide. On February 9, the three judges denied the request for a stay of the temporary restraining order.

The contents of this page are sourced from Wikipedia article on 06 Oct 2019. The contents are available under the CC BY-SA 4.0 license.
View Richard Clifton 's image gallery
Image Gallery 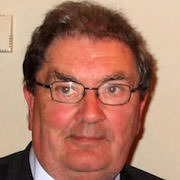 Euphemia I, Countess of Ross