Richard A. Rogers
The basics 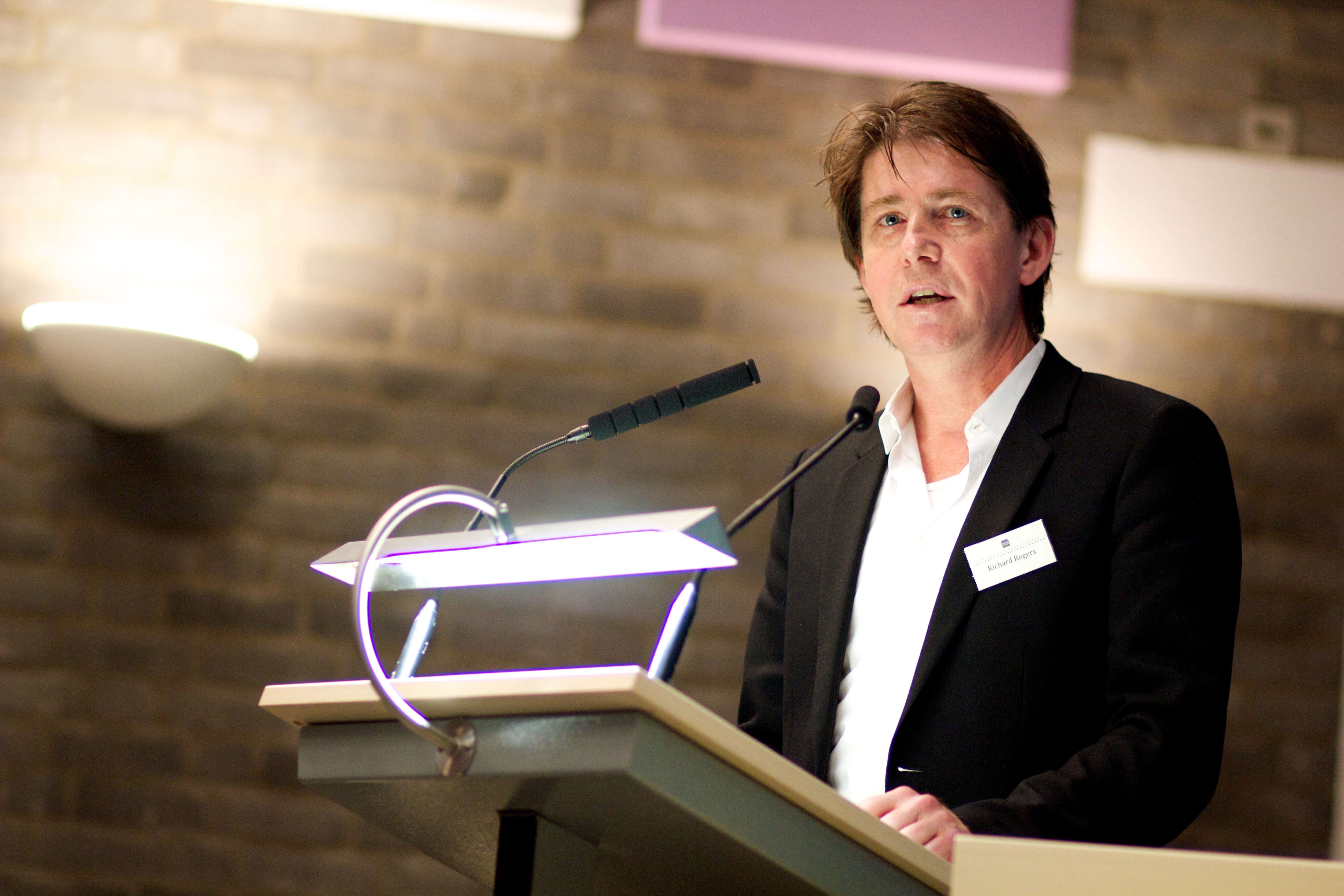 Richard Rogers (born 15 March 1965, Lawrence, Massachusetts) is New Media Professor at the University of Amsterdam, Director of the Govcom.org Foundation, Visiting Professor in Science Studies at the University of Vienna, and founder of the Digital Methods Initiative. His academic work focuses on web epistemology, an area of study where the main claim is that the Web is a knowledge culture distinct from other media. He is author of Information Politics on the Web (MIT Press, 2004/2005), "the 2005 Best Information Science Book of the Year Award presented by the American Society for Information Science and Technology (ASIS&T)."

Previously, Rogers worked as Senior Advisor to Infodrome, the Dutch Governmental Information Society initiative. He also has worked as a Researcher and Tutor in Computer Related Design at the Royal College of Art (London), as Research Fellow in Design and Media at the Jan van Eyck Academy (Maastricht), and as a Researcher in Technology Assessment at the Science Center Berlin (WZB) and in Strategic Computing in the Public Sector at Harvard University (JFK School). He earned his PhD and MSc in Science Studies at the University of Amsterdam, and his B.A. in Government and German at Cornell University. Over the past seven years, Rogers and the Govcom.org Foundation have received research grants from the Dutch Government (the Ministry of Foreign Affairs and the Ministry of Education, Culture and Science), the Open Society Institute and the Ford Foundation.

Rogers' work with Govcom.org concentrates on the research opportunities that would have been improbable or impossible without the Internet. His research involves studying and building info-tools. He studies and makes use of the adjudicative or ‘recommender’ cultures of the Web that help to determine the reputation of information as well as organizations. The most well-known tool Rogers has developed with his colleagues is the Issue Crawler, a server-side Web crawler, co-link machine and graph visualizer. It locates what Rogers and colleagues have dubbed “issue networks” on the Web – densely interlinked clutches of NGOs, funders, governmental agencies, think tanks and lone scientists or scientific groups, working in the same issue area. Unlike social networks, issue networks do not privilege individuals and groups, as the networks also may be made up of a news story, a document, a leak, a database, an image or other such items. Taken together these actors and ‘argument objects’ serve as a means to understand the state of an issue either in snapshots or over time.

Specific projects Govcom.org developed include the Web Issue Index of Civil Society, also known as the Issue Ticker, where the campaigning behavior of NGOs is monitored. And the Election Issue Tracker, a pre-RSS newspaper query machine employed in the Netherlands to understand whether media aided the rise of populism. Recently, Rogers and collaborators have embarked on building the Issue Scraper, which undertakes comparative analysis of the newssphere and the [blogosphere]. The lead question is: What is the quality of the blogosphere? Some of the projects by Rogers and colleagues were featured at the ZKM, in the 2005 exhibition, entitled “Making Things Public: Atmospheres of Democracy,” curated by Bruno Latour and Peter Weibel.

Richard Rogers is director of the new media research and PhD program at Media Studies University of Amsterdam, called the Digital Methods Initiative. Must methods change when studying the Web? This question is central to the initiative, which develops methods for Web research with a group of New Media students, PhDs, programmers and designers. Digital methods is a reaction to 'virtual methods', which origins may lie in the U.K. Virtual Society? research program of the late 1990s. The research challenged the then dominant division between the real and the virtual realms, empirically demonstrating instead the embeddedness of the Internet in society. If one were to contrast the challenges of virtual methods with those of digital methods, one could begin by thinking about the embeddedness of society in the Internet. The methods and tools developed by the Digital Methods Initiative provide novel means to study cultural and social significant trends from a typical Web perspective.

Author and editor from the Netherlands