Moving to Europe in 1996, Zonta competed in the International Formula 3000 Championship for Draco Racing, winning two races and finishing fourth overall. In the same year, he became the first Brazilian to compete in International Touring Cars, with Mercedes. In 1997, he won three races and the Formula 3000 championship. He also took home the "Golden Helmet" award for best international driver for his efforts. The Jordan Formula One team signed him as their official test driver following his championship, and in 1998, he was signed by McLaren boss Ron Dennis. Zonta tested with the McLaren Formula One team in 1998, and concurrently won the FIA GT Championship (GT1 class) and the "Golden Helmet" award in the "world prominence" category.

In October 1998, immediately after winning the FIA GT championship, Zonta signed up with the B.A.R. Formula One racing team as one of its race drivers for the 1999 season, after rejecting offers from Jordan and Sauber.

Zonta qualifying in place of an injured Ralf Schumacher at the 2005 United States Grand Prix.

In 1999, Zonta started as a Formula One racing driver alongside 1997 World Champion Jacques Villeneuve at new team B.A.R. Zonta injured his foot in an accident during practice for the Brazilian Grand Prix, and was forced to miss three races. He also had a large accident at Spa-Francorchamps, and finished the season with no championship points. Zonta remained with B.A.R for the 2000 season, scoring his first world championship point with a sixth place in the opening race. He had another large accident when his front suspension broke during testing at Silverstone, but continued the season, scoring points in both the Italian and United States Grands Prix, to finish 14th in the championship. Replaced by Olivier Panis for the 2001 season, Zonta became the third driver for the Jordan team, replacing the injured Heinz-Harald Frentzen for one race, and then again when Frentzen was sacked, but was overlooked to replace him for the remainder of the season. In 2002, he decided to focus on the Telefónica World Series, which he won. Zonta was then hired as test driver for the Toyota F1 team in 2003, retaining the position in 2004. Towards the end of the season, the team sacked Cristiano da Matta from a race seat, and Zonta drove in four Grands Prix. In Belgium a brilliant fourth place went beckoning when engine failure struck three laps from the finish. In Suzuka the team hired Jarno Trulli and Zonta had to sit the event out, however the team allowed him to compete in his home race, the Brazilian Grand Prix, which he finished in 13th. He continued as a test driver for Toyota in 2005, alongside veteran French pilot Olivier Panis. At the US Grand Prix later that year, he stood in for an injured Ralf Schumacher and took his place on the grid, only for Toyota, like the other six Michelin-shod teams, to withdraw from the race due to safety concerns. 2006 saw Zonta continue with Toyota as the team's third and test driver.

Ricardo Zonta was confirmed as test driver for the Renault Formula One team for the 2007 season on 6 September 2006.

In 2007, Zonta entered the Stock Car Brasil series in parallel with the work for the Renault team.

In 2008, Zonta kicked off his sportscar career by contesting the 24 Hours of Le Mans with Peugeot Sport, driving the #9 car alongside Franck Montagny and Formula One tester Christian Klien. He is also driving in the Grand Am Championship in America with Krohn Racing, while also being the team owner and driver of Panasonic Racing in Stock Car Brasil.

† Driver did not finish the Grand Prix, but was classified as they had completed over 90% of the race distance. 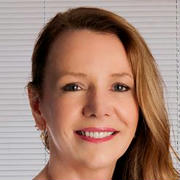 Member of the Senate of Brazil 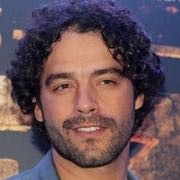