Ricardo Baiano was born in Ilhéus, a major city located in the southern coastal region of Bahia, Brazil, 430 km south of Salvador, the state's capital. His brother, Wagner Santos Lago is also a footballer.

He has played once for the Bosnia and Herzegovina national football team, appearing in a World Cup qualification game against Serbia and Montenegro on 9 October 2004.

In May 2013, Baiano was appointed as Youth Academy Manager of his former club FC Krasnodar. 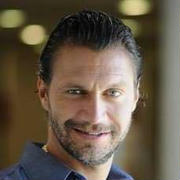