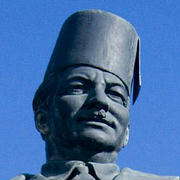 The members of al-Fatat at a resort near Damascus. Riad Al Solh is standing in the top row, third person from the left

Riad Al Solh, also written Riad el Solh or Riad Solh, was born in Sidon in 1894. His family was a prominent Sunni land-owning family from south Lebanon, Sidon. His father was Reda Al Solh, a reformist sub-governor in Nabatiyyah and in Saida and a leading nationalist Arab leader. Reda Al Solh was tried by Ottoman forces in 1915 and went into exile in Smyrna, Ottoman Empire. He then served as an Ottoman governor in Salonica. He also served as Minister of the Interior in Emir Faisal’s government in Damascus.

Riad Al Solh studied law and political science at the University of Paris. He spent most of his youth in Istanbul, as his father was a deputy in the Ottoman Parliament.

Solh served as prime minister of Lebanon twice. His first term was just after the Lebanon's independence (25 September 1943 – 10 January 1945). Solh was chosen by president Bishara Al Khouri to be his first Prime Minister. Solh and Khouri achieved and implemented the National Pact (al Mithaq al Watani) in November 1943 that provided an official framework to accommodate the confessional differences in Lebanon. The National Pact was an unwritten gentleman's agreement. The Pact stated that president, prime minister and Speaker of the Parliament in Lebanon should be allocated to three major confessional groups based on the 1932 census, namely the Maronite Christians, the Sunni Muslims and the Shiite Muslims, respectively. During his first term, Solh also served as the minister of supplies and reserves from 3 July 1944 to 9 January 1945.

Solh held premiership again from 14 December 1946 to 14 February 1951 again under the presidency of Bishara Al Khouri. Solh was critical of King Abdullah and played a significant role in granting the blessing of the Arab League's political committee to the All-Palestine Government during his second term.

Solh escaped unhurt an assassination attempt in March 1950. It was perpetrated by a member of the Syrian Social Nationalist Party.

However, several months after leaving office, he was gunned down on 17 July 1951 at Marka Airport in Amman by the members of the Syrian Social Nationalist Party. The attack was perpetrated by three gunmen, who killed him in revenge for the execution of Anton Saadeh, one of the party's founding leaders.

Al Solh was married to Fayza Al Jabri, the sister of two-time prime minister of Syria, Saadallah al-Jabiri. They had five daughters and a son, Reda, who died in infancy. His eldest daughter, Aliya (1935–2007), continued in her father's path in the struggle for a free and secure Lebanon. Aliya propagated the rich cultural heritage of Lebanon abroad until her death in Paris.

Bahija Al Solh Assad is married to Said Al Assad who is the former Lebanese ambassador to Switzerland and a former member of parliament. They have two sons and two daughters.

His youngest daughter, Leila Al Solh Hamade, was appointed as one of the first two female ministers in Omar Karami's government.

Patrick Seale's book The Struggle for Arab Independence (2011) deals with the history of the Middle East from the final years of the Ottoman Empire up to the 1950s and focuses on the influential career and personality of Solh. A square in downtown Beirut, Riad al-Sohl Square, was named after him. 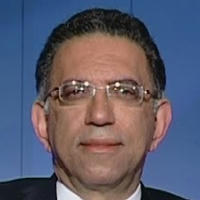 Member of the lebanese parliament