Ri Myung-Hun (born September 14, 1967 in North Korea), also known as Michael Ri after his favorite basketball player Michael Jordan, is a former North Korean basketball player. He played the center position for the national basketball team of the Democratic People's Republic of Korea. Once proclaimed to be the tallest living human being in the world, he stands 7'8 ½" (2.35 m) tall and once planned to play in the National Basketball Association (NBA) in the 1990s. According to the Associated Press, he was "the world's tallest basketball player."

In anticipation of joining the NBA, Ri worked out in Canada, where he was scouted by numerous teams. But he was unable to play in the league because of the U.S. ban on trade with North Korea, which is set forth in a piece of legislation called the Trading with the Enemy Act of 1917. The US State Department permitted Ri to compete in the country in 2000, on the main condition that none of Ri's salary could be repatriated to North Korea. North Korean officials responded by refusing to let Ri leave. Kim Jong-il told NBA scout Tony Ronzone he would allow Ri to leave North Korea and play professional basketball if the team paid Kim’s regime in wheat. Ri was permitted to conduct an interview with CNN's Mike Chinoy in which he was quoted as saying, "I'm a big man. I want to test my ability. I am not interested in money or politics. As a sportsman, I just want to try." Eventually, Ri said he was content to remain playing basketball in the "bosom" of North Korean supreme leader Kim Jong-il. In a game between mixed teams of players from North Korea and South Korea, Ri scored 26 points in 21 minutes, though his "dankyol" (solidarity) side lost 141–138.

On December 28, 2011, North Korean television showed footage from the funeral of Kim Jong-il in which an unusually tall person was seen in the crowd. The person was speculated to have been Ri Myung Hun. 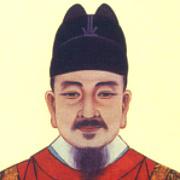