Rhiannon Elizabeth King (née Jones) (b 1972) is a British Anglican priest. Since 2019, she has served as Archdeacon of Ipswich in the Diocese of St Edmundsbury and Ipswich

King was educated at Exeter University, Brunel University and Anglia Ruskin University. She was ordained in the Church of England as a deacon in 2000 and as a priest in 2001. She served her title at Huntingdon between 2000 and 2004. She was the incumbent at Great Wilbraham from 2004 to 2010. She then held administrative roles in the Diocese of Birmingham before being appointed archdeacon.

The contents of this page are sourced from Wikipedia article on 17 Apr 2020. The contents are available under the CC BY-SA 4.0 license.
comments so far.
Comments
From our partners
Sponsored
Reference sources
References
https://www.ipswichstar.co.uk/news/rev-rhiannon-king-to-lead-inspiring-ipswich-1-5821959
https://www.crockford.org.uk/clergydetail?clergyid=26068
http://www.cofebirmingham.com/news/2018/12/11/rhiannon-king-new-appointment/Y
Trending today in 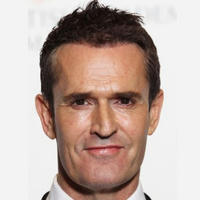