Rhea Jo Perlman (born March 31, 1948) is an American actress and author, best known for her role as head-waitress Carla Tortelli on the sitcom Cheers from 1982 to 1993. Over the course of 11 seasons, she was nominated for ten Emmy Awards for Outstanding Supporting Actress – winning four times – and was nominated for a record seven Golden Globe Awards for Best Supporting Actress in a Television Series.

Rhea Perlman was born in Coney Island, Brooklyn, the daughter of Philip Perlman (1919–2015), a Polish immigrant who was a manager at a doll parts factory and Adele (1922–2016), a bookkeeper. She grew up in Bensonhurst in a Jewish family with additional roots in Russia. She has a sister, Heide, who is a television writer, story editor, and producer who worked on Cheers, Frasier and The Tracey Ullman Show. In the mid-1980s, their parents moved to Los Angeles, and their father became an extra on Cheers. His character became known by his real name, Phil, and he managed to get a few lines over the years as he appeared in more than 30 episodes. He created a second career as a character actor, appearing in several films and television shows, including Throw Momma from the Train, Hoffa, and Frasier.

She studied drama at Hunter College in New York, earning a Bachelor of Arts degree in 1968.

Perlman began her acting career with a small role as an attendant in the off-off-Broadway play Dracula Sabbat, which ran from September 1970 to June 1971. In 1972, she played a bit role in the film Hot Dogs for Gauguin. That same year she appeared in Westbeth Playwrights Feminist Collective's production of Up – An Uppity Revue, along with her future husband, Danny DeVito.

One of her first notable parts was a recurring role on the television show Taxi as Zena, the sweet girlfriend of Louie De Palma (played by DeVito).

Following that, she had a role in a small play portraying a much tougher character. Producers Glen and Les Charles saw her in that play, which led to her landing the role as wisecracking barmaid Carla Tortelli on their sitcom Cheers in 1982. The series struggled with ratings in its first season, but by the time it ended in 1993, it was one of the most popular and successful shows of all time, winning 20 Emmy awards out of 95 nominations.

Perlman won the Emmy Award for Outstanding Supporting Actress in a Comedy four times: in 1984, 1985, 1986 and 1989. Over her 11 seasons on Cheers, she was nominated for an Emmy every year but 1992, becoming the Cheers star to have the most wins and nominations. She was also nominated for a Golden Globe for Best Supporting Actress six times, more than anyone else in that category. In 2011, CBS named Carla Tortelli as one of the greatest TV characters of all time.

In 1986, Perlman starred in an episode of Steven Spielberg's Amazing Stories titled "The Wedding Ring," which also starred DeVito as her character's husband.

In the 1990s, Perlman starred in several TV movies and motion pictures. In 1992, she starred in the made-for-TV-movie, To Grandmother's House We Go opposite Ashley Olsen and Mary-Kate Olsen, playing the wife of Jerry Van Dyke's character; the couple kidnapped the Olsen Twins' characters, hoping to cash in on ransom before Christmas. Other TV films in which she starred included the dramas A Place to Be Loved and In Spite of Love.

In 1994, Perlman voiced 9-Eye in The Timekeeper, a Circle-Vision show at the Magic Kingdom in Tomorrowland.

She later starred in the 1996 sitcom Pearl as the title character and was featured on the 2001 TV drama Kate Brasher. Among her notable guest appearances was on the fourth-season premiere of Becker, which starred Cheers co-star Ted Danson.

Perlman also appeared in a 2000 television film How to Marry a Billionaire: A Christmas Tale, in which she impersonated Jacqueline Kennedy. She also portrayed a therapist called Dr. Parella in the 2000 film Secret Cutting, which follows the story of a young girl named Dawn who self-injures. In 2007, Perlman appeared as Bertha in the West End of London in the comedy Boeing Boeing. In 2008, she starred in the Hallmark Channel original movie, The Christmas Choir, and appeared in Beethoven's Big Break in 2008 as Patricia Benji. In 2009, she appeared as Tanya's mother on the series Hung for Home Box Office Networks. In 2011, Perlman had a guest appearance as Mittens in one episode of Wilfred.

In 2009, Perlman and her daughter Lucy DeVito starred in the off-Broadway play Love, Loss, and What I Wore, adapted by Nora and Delia Ephron, at the Westside Theatre.

From 2014 to 2017, she starred in a recurring role on The Mindy Project as Danny's mother, Annette Castellano.

Perlman is the author of the illustrated children's book series Otto Undercover, whose six books to date (as of the middle of May 2012) are Born to Drive, Canyon Catastrophe, Water Balloon Doom, Toxic Taffy Takeover, The Brink of Ex-stink-tion, and Brain Freeze.

Perlman met actor Danny DeVito on January 17, 1971 when she went to see a friend in the single performance of the play The Shrinking Bride, which also featured DeVito. They moved in together two weeks after meeting and married on January 28, 1982. They have three children: Lucy Chet DeVito (born March 1983), Grace Fan DeVito (born March 1985), and Jacob Daniel DeVito (born October 1987). Perlman, who is Jewish, and DeVito, who was raised Catholic, raised their children celebrating the major holidays of both religions but did not give their children any religious identity. Perlman told the Los Angeles Times in 1998: "We do all the holidays to keep the traditions and the culture going, but I truly don't have a great feeling about any particular organized religion, and I don't think it's right to impose one on my kids. I feel like I'm bringing them up to be good people, and that's what it's about."

The family resided in Beverly Hills, California and also spent time at their vacation home in Interlaken, New Jersey.

Throughout their relationship, Perlman and DeVito have acted alongside each other several times, including in the TV show Taxi and the feature film Matilda.

Perlman and DeVito separated in October 2012. However, in March 2013, it was reported that they had reconciled. The couple later separated again for a second time in March 2017 on amicable terms. Although the two no longer lived together, Perlman said she had no intention to divorce DeVito. In 2019, Perlman told interviewer Andy Cohen that she and DeVito have become closer friends after their separation than they were in their final years as a couple.

Perlman is an active Democrat.

The contents of this page are sourced from Wikipedia article on 10 Jun 2020. The contents are available under the CC BY-SA 4.0 license.
View Rhea Perlman 's image gallery
Image Gallery 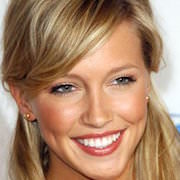 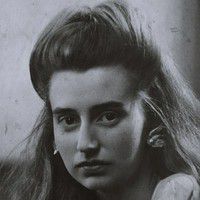 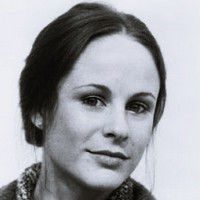 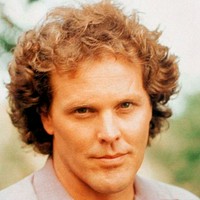