Reza Deghati (born July 26, 1952 in Tabriz, Iran) is an Iranian-French photojournalist who works under the name Reza (Persian: رضا‎‎).

Reza was born Tabriz from Azerbaijani origin, has covered much of the globe for National Geographic Magazine. Several films about Reza's work have been produced by National Geographic Television, most notably Frontline Diaries, which won an Emmy Award in 2002. In 2003, Reza served as Creative Director for National Geographic's most viewed documentary, Inside Mecca. As part of its Exceptional Journeys series, National Geographic released a DVD in May 2008 looking at Reza's career as a photojournalist, with special features highlighting his extensive humanitarian work.

In 2001, he founded Aina (Persian for The Mirror), an international non-profit organization dedicated to educating and empowering Afghan women and children through the media. By providing educational opportunities in the field of communications and multimedia, Aina aims to equip Afghans with the skills required to build a self-sufficient, democratic, and unified country. In 1991, Reza served as a consultant to the United Nations in Afghanistan, helping to distribute food to populations in war-torn parts of the country. For his work on such humanitarian causes and because of his work with Aina in Afghanistan, National Geographic awarded him the title of National Geographic Fellow in 2006.

He spends much of his time as lecturer, trainer, and visiting professor, giving presentations and running workshops on global issues. His humanitarian work and photojournalism have been recognized by international institutions and universities, including George Washington University, Stanford University, Beijing University and the Sorbonne in Paris. He also participated in documentary projects for the French photography website 24h.com.

Reza's photographs have been exhibited in major cities throughout the world. War+Peace (2009), an exhibit featuring thirty years worth of Reza's photojournalistic adventures, was held at the Caen Memorial (Peace Museum) in Normandy, France. One World, One Tribe (2006), was the National Geographic Museum's first outdoor exhibition in Washington D.C, and, Reza's landmark exhibition in Paris, drew a million visitors.

Over the last three decades, many of Reza’s photographs have been on the covers of National Geographic Magazine, with many more featured in major international publications. He is also the author of seventeen books, including War+Peace, the first in a series entitled Masters of Photography by National Geographic, and most recently, Sindhbad, Reza's adaptation of the seven journeys of this mystical character from the classic tale, A Thousand and One Nights. Childhood Promise is the story of discovery, narrated by three people, about a promise made by Reza to his son, Delazad.

In 1996, Reza won the Hope Prize for his contribution to a joint project with UNICEF in Rwanda entitled Lost Children's Portraits. In 2005, he was awarded the Chevalier de l’Ordre National du Mérite, France’s highest civilian honour, for his philanthropic work in the areas of children’s education and the empowerment of women in the media. In 2006, Spain’s Crown Prince Felipe presented him with the Prince of Asturias Humanitarian Medal on behalf of National Geographic. The same year, Reza received the Honor Medal from the University of Missouri - Columbia School of Journalism “in recognition of his lifelong contributions, through photojournalism, to justice and dignity for the world’s citizens." He also received an award recognizing his humanitarian work from the University of Chicago.

In 2008, Reza became a senior fellow of the Ashoka Foundation, and in May 2009, received the Honorary Degree of Doctor Honoris Causa from the American University of Paris (AUP) for his achievements in journalism and humanitarianism. In October 2009, he received the Lucie Award for Achievement in Documentary from the New York-based Lucie Foundation and in May 2010, in New York, the Infinity Award of ICP (International Center of Photography) honoured Reza for his latest report on Afghanistan; “Once upon a time, the Russian Empire”, in Photojournalism category. Reza is currently planning a new photography project with residents of the Sicilian suburb of Librino, as well as another major project in Burkina Faso. 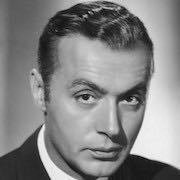 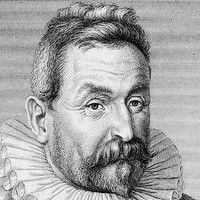 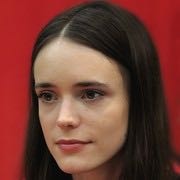