Reymond Fuentes (born February 12, 1991) is a Puerto Rican professional baseball outfielder in the Arizona Diamondbacks organization. He has played in Major League Baseball (MLB) for the San Diego Padres and Kansas City Royals.

Fuentes attended Fernando Callejo High School in Manatí, Puerto Rico where he was a sprint champion.

On December 6, 2010, he was traded to the San Diego Padres along with Anthony Rizzo, Casey Kelly, and Eric Patterson for first baseman Adrian Gonzalez. Fuentes was ranked between the sixth and 10th best prospect in the Red Sox organization.

Fuentes spent 2011 with the High-A Lake Elsinore Storm where he hit .275 in 510 at-bats and stole 41 bases. In 2012, he played 134 games in center field with the Double-A San Antonio Missions where his average dropped to .218 in 473 at-bats. Fuentes again opened 2013 with the Missions and raised his average to .316 with 6 home runs and 29 stolen bases in 93 games, spending time at all 3 outfield positions. He was promoted to the Triple-A Tucson Padres on August 10 where he collected 23 hits in 14 games before his Major League call-up.

Fuentes played for the World Team in the 2013 All-Star Futures Game.

Fuentes was called up to the Major Leagues from Triple-A on August 26, 2013, and started in center field that night. He remained with the team for the remainder of the year, making six more starts in center and appearing in a total of 23 games. He collected 5 hits in 33 at-bats and also had 3 stolen bases.

On November 20, 2014 Fuentes was traded to the Kansas City Royals for Kyle Bartsch. Fuentes was selected to start in right field for the Royals in their first game of their 2016 season.After clearing waivers, Fuentes was released by the Royals on September 14, 2016.

In December 2016, Fuentes signed a minor league contract with the Arizona Diamondbacks.

Fuentes played for the Puerto Rico national baseball team in both the 2011 Baseball World Cup and the 2011 Pan American Games. 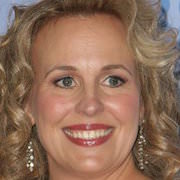 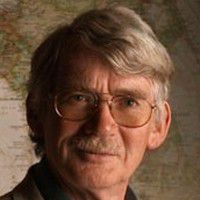