Andrés Felipe Robledo Londoño (born 12 December 1986), better known as Reykon "El Líder", is a reggaeton performer from Colombia. He is considered one of the biggest proponents of Latin America's reggaeton music genre. He is from Envigado, Antioquia.

In 2012, he collaborated with Puerto Rican artist Daddy Yankee to release the song "Señorita" which quickly charted at number 1 in several Latin American countries including Peru, Ecuador, Chile, and several others.

In 2013, it was a successful year for him releasing the hit song "Mi Noche" which reached 60 million views on YouTube. His next single that he released in 2014 was called "Secretos" which was also successful and charted at number 1 on HTV.

In 2015, he signed with the music label Warner Latina. The label was assured that this signing would bring both of them success. Gabriela Martínez General Manager of Warner Music Latina stated that, "There is no better way to start of 2015 knowing that the talent of Reykon now forms part of the family; we share the same vision of having Reykon being a big star in Latin music."

Also in 2015, he released another song with Daddy Yankee called "Imaginádote" which charted on the Billboard charts and Monitor Latino in Colombia. He also got the chance to collaborate with Bebe Rexha and release the song "All The Way". This song was one of the songs nominated to be the official theme of the Copa Oro 2015.

He was also chosen to be one of the judges on Factor XF 2015. He stated that,"I am very thankful and happy for being be part of a competition that has been a important platform for the start of many stars in Colombia."

Reykon was the special guest of a party and was invited by Teodoro Nguema Obiang Mangue, also known as Teodorin, son of the president of Equatorial Guinea, Teodoro Obiang Nguema Mbasogo. He was told by Teodorin when they first shook hands,"I know all your songs, I am a big fan, I am delighted to have you in my country." He is one of the very few artists to perform over there.

In 2017, his single Dejame Te Explico was awarded Platinum status in Colombia.

On May 4, 2018, he released his first studio album titled, El Lider. It has features from several urban artists including Daddy Yankee, Nicky Jam and Luigi 21 Plus.

In 2016, Reykon underwent surgery on his vocal chords and this temporarily halted his musical career due to the length of recovery.

In 2021, Reykon was involved in an altercation in Miami with Joe Fournier, a professional boxer. This altercation lead to a Triller boxing match on the Jake Paul vs. Ben Askren undercard. It has been scrutinized as Fournier, an experienced pro, is fighting a boxing amateur.

The contents of this page are sourced from Wikipedia article on 18 Apr 2021. The contents are available under the CC BY-SA 4.0 license.
View Reykon 's image gallery
Image Gallery 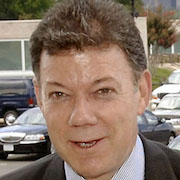