Reino Paasilinna (born 5 December 1939 in Arctic Ocean) is a Finnish politician and Member of the European Parliament (MEP). He is a member of the Social Democratic Party of Finland, which is part of the Party of European Socialdemocrats, and sits on the European Parliament's Committee on Industry, Research and Energy.
Reino Paasilinna was born on Aunus, a ship on the Arctic Ocean, on the coast of Norway, where the Paasilinna family fled the Winter War. His family is from Petsamo but they moved to Kittilä because the Soviet Union invaded Petsamo during the Winter War.
He is also a substitute for the Committee on Culture and Education, vice-chair of the delegation to the EU–Russia Parliamentary Cooperation Committee, and a substitute for the delegation for relations with the countries of Central America.
The writers Erno, Mauri and Arto Paasilinna are his brothers. 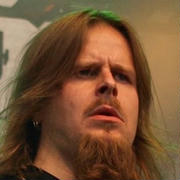