Reinhold Roth (born March 4, 1953) is a former Grand Prix motorcycle road racer from Germany. His most successful years were in 1987 when he won the French Grand Prix, and finished the season in second place behind Anton Mang, and in 1989 when he won the Dutch and Czechoslovakian Grand Prix and finished second to Sito Pons for the 250 world championship. Roth suffered severe injuries in a June 1990 racing accident and retired from competition.

Rijeka (Yugoslavia) 1990 in the 250cc GP a series of events that started with Wilco Zeelenberg falling on Saturday, so he did not race on Sunday, hence there was a free space for the race, and Australian Darren Milner, whose time was out of classification, got a chance to race. Rain started and the race was stopped the completed lap before the accident, but the flags did not show up on time to stop the leading group. On a left hand curve, all the front pilots were at full speed despite rain, including Roth, who collided with Milner who was riding very slow. In fact Reinhold Roth got the 6th place for the race, in the last season he was intended to participate. 2 months after the accident he woke up from the coma. [1] 20 years after, he is still hemiplegic.

The contents of this page are sourced from Wikipedia article on 08 Mar 2020. The contents are available under the CC BY-SA 4.0 license.
View Reinhold Roth 's image gallery
Image Gallery 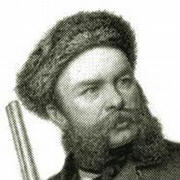