Reinhold Anton Bertlmann (born 7 March 1945 in Reutte) is an Austrian-born physicist and professor of physics at the University of Vienna. He is known for his research in particle physics, where he wrote the standard textbook Anomalies in Quantum Field Theory, and in the field of Bell inequalities, in particular from the quantum comparison Bertlmann’s Socks of John Bell.

Bertlmann studied technical physics at the Technical University Vienna and Theoretical Physics at the University of Vienna, where he received his Ph.D. degree. He worked as a scientist in Vienna, at the JINR in Dubna and at CERN. After his Habilitation in Theoretical Physics in Vienna 1981 about Duality between resonances and asymptotia, he held visiting professorships in Marseille, at the University Paris-Sud and at the CNRS. From 1987 until his retirement in 2010 he was university professor at the University of Vienna, where he is still lecturing. Reinhold Bertlmann has been married to the artist Renate Bertlmann since 1969.

Bertlmann works in quantum physics; in particular he is occupied with Bell inequalities, entanglement, decoherence and geometry of quantum systems. In addition he is concerned with anomalies in quantum field theory.

In 1978 Bertlmann went to CERN, where he worked together with J. S. Bell. Bertlmann always wore socks of different colours. In 1981 Bell wrote the article "Bertlmann’s socks and the nature of reality", where he compared the EPR paradox with Bertlmann’s socks: if you observe one sock to be pink you can predict with certainty that the other sock is not pink. Thus you might assume that quantum entanglement is just the same. However, this is a non-admissible simplification, and Bell in his article explains why.

Bell’s article is reprinted in his book Speakable and Unspeakable in Quantum Mechanics and is discussed in the books of Andrew Whitaker The New Quantum Age, Louisa Gilder's The Age of Entanglement and Nature loves to hide by Shimon Malin.

In 2015, Bertlmann wrote a lengthy piece "Bell's Universe: A Personal Recollection", explaining in some detail his amazement at finding out about Bell's paper on the socks.

The contents of this page are sourced from Wikipedia article. The contents are available under the CC BY-SA 4.0 license.
View Reinhold Bertlmann 's image gallery
Image Gallery 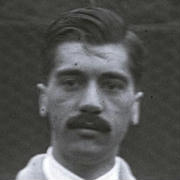