Reinhardt Møbjerg Kristensen (born 1948) is a Danish invertebrate biologist, noted for the discovery of three new phyla of microscopic animals: the Loricifera in 1983, the Cycliophora in 1995, and the Micrognathozoa in 2000. He is also considered one of the world's leading experts on tardigrades. His recent field of work revolves mostly around arctic biology.

He is also known for documenting Dendrogramma, an invertebrate genus that was later classified as Siphonophorae of the family Rhodaliidae.

Kristensen collected the first members of the Loricifera phylum in Roscoff, France, in 1970, but did not describe it until 1983.

Kristensen and Peter Funch described Symbion pandora, on the mouth-parts of Norwegian lobsters, in 1995; other species were later found on other types of lobsters.

Kristensen described Limnognathia maerski, the first (and so far only) known species in the group, in a cold spring on Disko Island in 2000.

The contents of this page are sourced from Wikipedia article on 08 Mar 2020. The contents are available under the CC BY-SA 4.0 license.
View Reinhardt Kristensen 's image gallery
Image Gallery 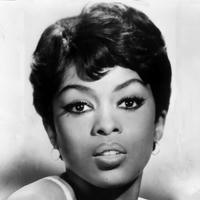