Born in Amsterdam in 1941 of German parents, Reiner Schürmann wrote all his major published work in French. Professor in the department of philosophy of the Graduate Faculty of the New School for Social Research in New York at the time of his death, he was the author of three notable philosophical works: Maître Eckhart et la joie errante ("Master Eckhart and the Wandering Joy", 1972; translated into English as Meister Eckhart: Mystic and philosopher ISBN 0-253-35183-9, 1978), Le Principe d'anarchie, Heidegger et la question de l'agir (From Principles to Anarchy: Heidegger on Being and Acting, 1982), and lastly, the monumental work Des Hégémonies brisées (Broken Hegemonies ISBN 0-253-21547-1, 2003), published posthumously in 1996.

Professor Schürmann studied philosophy and theology with the Dominicans of Le Centre d'études du Saulchoir near Paris, between 1962 and 1969, and received a Doctorate in Philosophy from the University of Sorbonne in Paris in 1981. It was as a Dominican priest that he first came to the United States in 1971, teaching first at The Catholic University of America in Washington DC, then at Duquesne University in Pittsburgh. In his only literary work, Les Origines, which was awarded the Prix Broquette-Gonin by the Académie Française in 1977, he provides an autobiographical account of a pilgrimage of errancy, a search for redemption from the inauthentic thrownness of a past filled with memories of guilt and despair, of being born German during World War II, "too late to see the war, too early to forget it." In 1976, he left the priesthood and began teaching philosophy at the New School as a protégé of Hannah Arendt and Hans Jonas.

One of Schürmann's best-known works is Heidegger on Being and Acting: From Principles to Anarchy (1990 reprint ISBN 0-253-20602-2). In this work, Schürmann reflects on the difference between the findings of Heidegger the thinker and the beliefs of Heidegger the man, and incidentally shows Heidegger's intellectual honesty in following these thoughts in spite of his personal upbringing and beliefs. 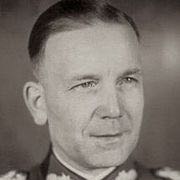