Born in Tartu, Estonia, Taagepera fled from occupied Estonia in 1944. Taagepera graduated from high school in Marrakech, Morocco and then studied physics in Canada and the United States. He received a Ph.D. from the University of Delaware in 1965. Working in industry until 1970, he received another M.A. in international relations in 1969 and switched to academe as a political scientist at the University of California, Irvine, where he stayed for his entire American career.

Taagepera served as President of the Association for the Advancement of Baltic Studies from 1986 until 1988. In 1991, he returned to Estonia as the founding dean of a new School of Social Sciences at the University of Tartu, which merged into a full-fledged faculty in 1994, and where he also became Professor of Political Science (1994–1998).

In 1991, he was a member of the Estonian Constitutional Assembly, and in 1992, he ran as a presidential candidate against Arnold Rüütel (3rd President of the Republic of Estonia, 2001–2006), and Lennart Meri (2nd President of the Republic of Estonia, 1992–2001), who won the election. Taagepera came in third with 23% of the popular vote. Later Taagepera admitted that one of the reasons why he ran, despite having little chance to win, was to take away votes from Rüütel and thus help Meri rise to the presidency.

In 2003, Taagepera agreed to serve for half a year as the founding chairman of a new political party, Res Publica, which won the general elections that year and lead the governing coalition under Prime Minister Juhan Parts until April 2005. Taagepera tried to hold the party more or less in the middle of the spectrum (Taagepera even suggested he was centre-left politician). In 2005, Taagepera resigned his Res Publica membership, frustrated with the party's leadership style and move to the right (refer to his essay, Meteoric trajectory). In April 2006, Res Publica decided to merge with the national-conservative Pro Patria Union party.

Taagepera's theoretical scholarly work, which mainly deals with electoral systems, is heavily quantitative and modelling in character and strongly informed by the epistemology of his previous field, physics. The quantitative approach is also his general attitude towards political science as a scholarly discipline. He recently systhematized numerous contributions in electoral systems theory into a general, quantitative theoretical framework, exposed in the volume Predicting Party Sizes: The Logic of Simple Electoral Systems (2007).

Taagepera's original epistemological and methodological approach, defined as logical quantitative modeling, is systematically presented in the recent volume Making Social Sciences More Scientific. The Need for Predictive Models (2008). Of special interest is his research in the World System hyperbolic growth.

Apart from the quantitative study of electoral and party systems, Taagepera has also published several studies of Estonian and Baltic history, politics, and culture. These latter, on the other hand, are more personal and take strong normative positions. Taagepera has also written award-winning pieces of prose (most notably Livland-Leaveland in 1990. It was awarded the Tuglas Prize in the same year). 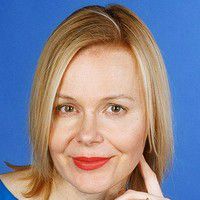