Reid Boucher (born September 8, 1993) is an American born hockey player, currently playing ice hockey for Lokomotiv Yaroslavl of the Kontinental Hockey League (KHL). He was selected by the New Jersey Devils in the fourth round (99th overall) in the 2011 NHL Entry Draft. Boucher has previously played in the National Hockey League (NHL) for the Devils, Nashville Predators and Vancouver Canucks.

As a youth, Boucher played in the 2006 Quebec International Pee-Wee Hockey Tournament with the Detroit Compuware minor ice hockey team.

In his second season with the Sarnia Sting of the Ontario Hockey League, Boucher broke the former 58 goals in a season record in the team held by NHL player Steven Stamkos with his fifth hat trick in the season against Saginaw Spirit. Boucher was rewarded for his outstanding play during the 2012–13 OHL season by being named to the OHL's First All-Star Team.

On March 13, 2013, the New Jersey Devils signed Boucher to a three-year entry-level contract. Reid scored one goal and had two assists in his first game with Albany in the 2012–13 season debut on March 30, 2013.

On December 4, 2013, Boucher was promoted to the Devils for the first time, following an injury to Ryan Carter. He got an assist and was plus 2 in his debut and became the first Devil to score in a shootout that season. Boucher scored his first NHL goal on December 18, 2013, against Robin Lehner of the Ottawa Senators in a 5–2 win.

In the 2016–17 season, having made the Devils opening season roster, Boucher was unable to make an impact in a depth role, appearing in just 9 games over the opening months of the season with the Devils.

On December 3, 2016, Boucher's 6-year tenure with the Devils ended as he was claimed off waivers by the Nashville Predators. He made his debut with Nashville the following day against the Philadelphia Flyers before he was sent on an conditioning assigned to affiliate, the Milwaukee Admirals on December 12, 2016.

On January 1, 2017, Boucher was placed on waivers by the Predators. The following day, he was reclaimed by the Devils, but was again waived on January 3. On January 4, 2017, Boucher was claimed by the Vancouver Canucks. Boucher was scratched in all but one of the Canucks' games in January before drawing into the roster. He scored his first goal with Vancouver on February 28 against the Detroit Red Wings, scoring a late game-tying goal before the Canucks lost 3–2 in overtime. On March 25, he recorded his first multi-goal game; scoring twice in a 4–2 victory over the Minnesota Wild.

After four seasons within the Canucks organization and failing to appear in the NHL during the 2019–20 season, Boucher as an impending free agent opted to pursue a career abroad by agreeing to an initial one-year contract with Russian club, Avangard Omsk of the KHL, on June 23, 2020. In the 2020–21 season, Boucher quickly established himself as an instrumental part of the offence, contributing with 24 goals and 24 assists for 48 points in just 51 regular season games to lead the club in scoring. He contributed with 17 points through 21 playoff contests, helping Avangard claim the Gagarin Cup for the first time in franchise history.

On June 11, 2021, Boucher was traded by Avangard to Lokomotiv Yaroslavl in exchange for financial compensation. He was then signed to a lucractive two-year contract extension with Lokomotiv.

In January 2022, Boucher pleaded guilty to "sexually assaulting a minor" in 2011; the girl he assaulted was 12 at the time.

The contents of this page are sourced from Wikipedia article on 16 Jan 2022. The contents are available under the CC BY-SA 4.0 license.
View Reid Boucher 's image gallery
Image Gallery 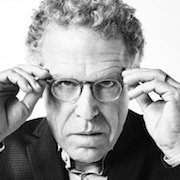