Prograis chose his nickname, "Rougarou", Louisiana French for 'werewolf', to pay homage to his grandfather, who is of Native American descent.

Prograis is of Louisiana Creole descent and originally from New Orleans. Hurricane Katrina forced him to relocate in 2005 to Houston, Texas, where he began training at Savannah Boxing Club alongside Evander Holyfield which was a key factor in motivating him to take boxing seriously. He went on to build a remarkable 87-7 amateur record. As an amateur, Prograis was ranked #4 in the United States, the 2009 Ringside World Champion, 2010 HORN National Champion, won regional Golden Gloves and competed in the 2012 Olympic Trials before turning professional in 2012.

Since turning professional, Prograis has fought at Barclays Center in Brooklyn, New York, on the undercard of the Keith Thurman vs. Shawn Porter fight, which was the first primetime boxing event televised on CBS in over 40 years. In 2015, he was recognized by ESPN as a Prospect of the Year candidate. USA Today and Yahoo Sports has recognized Prograis as a legitimate world title contender. Regis is represented by the boxing promoter Lou DiBella.

On 27 October, 2018, Prograis faced Terry Flanagan as a part of the World Boxing Super Series super lightweight quarter-final. Prograis dominated Flanagan for most of the fight and managed to send him to the canvas once in the eighth round. All three judges saw it in favor of Prograis, scoring the fight 119-108, 118-109 and 117-110.

In the final, Prograis was slated to face IBF world super lightweight and The Ring super lightweight champion Josh Taylor. Predictions before the fight were split, since both fighters had an unmblemished record as pros, were world champions and the top of their game. The fight lived up to the expectations, as both fighters fought masterfully over twelve rounds, and the win could have gone either way. The judges ultimately scored it 117-112 and 115-113 in favour of Taylor, and one judge had it a draw, 114-114.

On 31 Ocobter, 2020, Prograis had his first comeback fight against Juan Heraldez. Prograis dominated his opponent and managed to finish him in the third round, with 1:23 left on the clock. 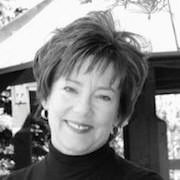