Reginald Vaughn Finley, Sr. (born in 1974) is a science and health educator, genealogist, and carideatarian.
He follows in the tradition of his great-grandmother, Dr. Mary Alice Person LaSaine (1882-1957), an early black educator. He is a US Army veteran, and served overseas during Operation Able Sentry in 1995. Finley is a former member of the Atlanta-based group Forte', now called 112.
As an experiment, he worked for a time as a "phone psychic" with the psychic network. He said he was amazed at how the callers didn't realize that they were the ones providing the information. Finley gave a talk about his methods to a Center for Inquiry conference in 2001.
While attending St. Leo College at Fort McPherson, he studied philosophy and religion, and soon became interested in the effect of bad ideas and the lack of scientific knowledge of the general public. Lacking a religious identity, he shortly began identifying himself as a freethinker and critical thinker.
Finley took a hiatus from school and began his 12-year internet media career with an internet radio show, The Infidel Guy Show (1999-2010), which focused on educating the public about science, philosophy, ethics, freethought, and the value of critical thinking.
Finley's programs, Freethought Radio and The Infidel Guy Show, featured personalities from across the philosophical and scientific spectrum, including scientists Michio Kaku and Richard Dawkins, lawyer Michael Newdow, creationist Kent Hovind, Ali Sina of Faith Freedom International, philosopher Massimo Pigliucci, and Michael Shermer, founder of the Skeptics Society. At its end, Finley had produced over 600 programs.
Finley's family appeared on ABC's reality show Wife Swap on November 28, 2005, in which his wife Amber switched places with the wife of a devout Christian pastor.
From 2007-2012, Finley returned to corporate America while simultaneously conducting his informal education programs on a part-time basis.
After working in the informal science industry, and corporate america, Finley returned to school, earning his bachelor's in Human Development from Amridge University (2011), and completed his master's at SUNY at Buffalo in Science and the Public (2013). He has also attended Clemson University, earning a master's in Biology (2016). He is currently earning a PhD in International Public Health from Euclid University.
His latest projects include AmazingLife.Bio, a biology education website for grades 5 through 12, in which he educates visitors about the diversity of life on planet Earth. He also offers online tutoring services in biology. His other project, Cancer Cure Scams, is a site devoted to protecting cancer patients against dangerous alternative medicine practitioners and educating the public on how to properly understand and interpret science.
Finley is currently a multidisciplinary science instructor in Orlando, Florida, and has taught subjects such as the nature of science, critical thinking in science, biology, chemistry, astronomy, physics, marine biology, and physical science. 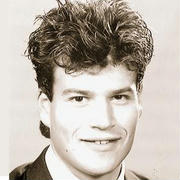 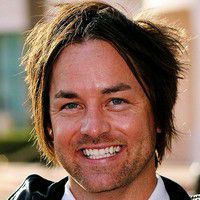 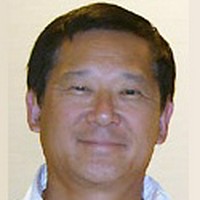