Reggie Middleton is an American entrepreneur who is the acting CEO of Veritaseum and the finance and technology blog, Boom Bust Blog.

Until 2011, he wrote about financial evaluation and the global financial crisis at the Huffington Post.

Middleton is an alumnus of the Howard University with a bachelor's degree in business management.

He now resides in New York City with his two sons and daughter.

After graduation from university, Middleton worked for Prudential Insurance and trained in the sale of financial products. Since then, he worked in the fields of financial securities and risk management. He was also a significant investor in residential real estate.

Middleton is known for making predictions about the crash of markets and large financial institutions long before they occur. Aaron Elstein of Crain's New York Business said "Mr. Middleton has been startlingly accurate in the past. He forecast the collapse of the housing market in 2007, and in early 2008 warned of the demise of Bear Stearns weeks before it happened. Earlier this year, he said that Ireland's finances were in terrible shape long before Standard & Poor's got around to downgrading that nation's credit rating."

In 2007, he founded Boom Bust Blog, a commercial financial advisory reported to have over 3000 subscribers.

In 2014, he founded Veritaseum, the progenitor of UltraCoin technology. According to Mr. Middleton, UltraCoin exploits modern cryptography in the fields of finance, economics and value transfer to disintermediate legacy financial institutions such as Wall Street banks.

On 25 August 2019 the SEC filed to have Veritaseum LLC assets frozen, which was granted. This included all the Veassets that belong to the platform users. Users were up in arms when this was announced. No communication from SEC to users of the platform.

On 19 August 2019, Reggie Middleton and Veritaseum LLC, replied to the SEC accusations with a 423-page document that shows a history of cooperation between Veritaseum and the SEC, so to meet all regulatory requirements before the launch of the Live platform. What the SEC calls "Misappropriation of client funds", Veritaseum has explained clearly that the fund transfers were a normal business practice to continue funding business operations, mainly the purchase of Precious Metals that were backing the VeAssets tokens.

Tokenholders reactions to the SEC's accusations

On 6 September 2019 Mr.Jeremy Stevenson of New Zealand, a VERI tokenholder, formed an informal petition that aimed to gather the opinions of the VERI & VeAssets tokenholders, concerning the SEC's fraud charges and the Emergency court case against Mr.Middleton & Veritaseum LLC( https://www.ipetitions.com/petition/sec-vs-veritaseum-llc-and-its-platform-users-2 ). From one side, the tokenholders and Veritaseum community were hugely in disbelief of the Fraud charges from the SEC, especially when the VERI token has always been regarded as a software prepaid fee(and not a security). On the other side, the users of the platform have witnessed the VeAssets as a working product and the owners of VeAssets tokens had their assets frozen and without a further notice from the SEC.Almost all of the comments are in favour of Mr.Middleton and Veritaseum LLC, and users were very surprised to hear that Mr.Middleton and Veritaseum were being accused of Fraud. As of October 2019, the Petition has gathered 1852 signatures and 921 comments ( a downloadable copy of the petition and commentaries ).

On November 1, 2019, the Court entered a final judgment that ordered the Defendants(the Company) to pay $7,891,600 in disgorgement and $582,535 in prejudgment interest, and Mr. Middleton to pay a $1,000,000 civil penalty. Veritaseum LLC and Mr.Middleton have not accepted or denied the allegations by the SEC.

As of the SEC's final judgement in regards to Veritaseum, the majority of the Tokenholders are in huge contrast of opinion with of the allegations put forth by the SEC. The main view of the majority of the tokenholders, is that the VERI token is a pure Utility token that represents a pre-paid fee of Software for accessing an interface to p2p Capital markets, to access the Veritaseum platform and its complementary services (market reports,consultations, etc...).

On March 11, 2020 a group of VERI tokenholders, independently from the Company's view, have formed another online-Petition (https://www.change.org/p/donald-j-trump-we-the-people-do-not-consent-to-the-u-s-a-sec-damaging-our-private-property-and-veritasium) addressing the prolonged lack of information and guidance from SEC's side regarding the future of the VERI tokens, 5 months ahead of the closed case on Nov 1, 2019. As there are in circulation 2.15 million VERI tokens, the Tokenholders have brought up their concerns that the SEC has not fulfilled its main duty of protecting the public's interest and in offering clear and complete information for all parties; rather, the Tokenholders claim that SEC's lack of clarity and guidance on the future of the VERI tokens have been fuelling unnecessary speculation which has been detrimental to all Tokenholders, potential customers and also the Company.

As of today, the SEC has still not voiced a formal opinion on the future use case of the VERI token.

Mr. Middleton has been one of the very few analysts in Wall St. to forecast in advance the Subprime Mortgage Crisis of 2008, the collapse of Bear Stearns and of Lehman Brothers. Soon after the Financial Crisis of 2008, Mr. Middleton has been pointing out the cracks of the European Banks and Euro-zone as "the next thing" to watch out for; by 2011 Italy had a bond crisis and many European banking institutions had to be assisted by the ECB's interventions.

On February 2020 Reggie Middleton has been calling for a "global financial Recession" and also "a financial Depression" at it's doors, this well before the mass lockdowns in Europe and rest of the World from Covid-19 contagion . At the same time Reggie has been calling for Gold to gain in price due to the panic of financial contagion,which it did a couple weeks later.

Currently Reggie Middleton is maintaining his long ago prediction(from 2016) that the EUR currency is a failure in the making and that the EU's economy will experience stagflation.

The contents of this page are sourced from Wikipedia article on 03 Jul 2020. The contents are available under the CC BY-SA 4.0 license.
View Reggie Middleton 's image gallery
Image Gallery 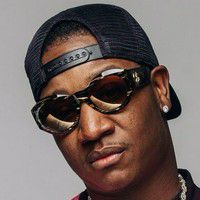 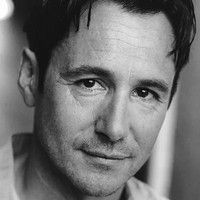