Raveena Tandon (born 26 October 1974) is an Indian actress, producer, television personality and a former model who primarily appears in Hindi films. She is the daughter of director Ravi Tandon. She has received a National Film Award and two Filmfare Awards.

Tandon made her acting debut in 1991 with Patthar Ke Phool, for which she won a Filmfare Award for Lux New Face of the Year. She featured briefly in several commercial successes, including Laadla (1994), Dilwale (1994), Mohra (1994), Khiladiyon Ka Khiladi (1996), Ziddi (1997), Bade Miyan Chote Miyan (1998) and Dulhe Raja (1998). In the early 2000s, she ventured into arthouse and parallel cinema, and received critical recognition for her performances, in the 1999 action drama Shool, the 2001 drama Daman: A Victim of Marital Violence for which she won National Film Award for Best Actress and the 2001 supernatural thriller Aks.

Tandon was born in Bombay (Mumbai) to Ravi Tandon and Veena Tandon. In an interview with Rediff, Tandon stated: "I never thought I would become an actress. I was an intern at Genesis PR, helping Prahlad Kakkar. I refused film offers. Prahlad kept saying millions of people are waiting for this chance and you keep refusing it. So I thought there is nothing to lose. Then Patthar Ke Phool happened." Tandon is a niece of character actor Mac Mohan and thus a cousin of Manjari Makijany, his daughter. Tandon is also a cousin of actress Kiran Rathod.

Raveena Tandon debuted with the film Patthar Ke Phool (1991) which was a hit; she received the Filmfare Award for Lux New Face of the Year for her performance.

Her next films Mohra (1994), Dilwale (1994) and Laadla (1994) were box office hits while the third from these earned her a nomination for the Filmfare Award for Best Supporting Actress. Mohra and Laadla were the second and seventh biggest hits of 1994 respectively. Her other releases of that year included the thriller Imtihaan and the cult comedy Andaz Apna Apna.

In 1995, she starred with Shahrukh Khan for the first time in Zamaana Deewana; the film failed to do well.

Her career was back on track with hit films such as Khiladiyon Ka Khiladi (1996) and Ziddi (1997), both being big hits of their respective year. She also received praise for her performance in Ghulam-E-Mustafa,another hit of the year 1997. In 1998, Tandon had eight releases. Her last release of that year, Bade Miyan Chote Miyan, co-starring Amitabh Bachchan and Govinda turned out to be the second biggest hit of the year. Tandon was offered the second lead in Kuch Kuch Hota Hai which went on to be the biggest hit of 1998, but she turned it down. Her other releases of that year were Gharwali Baharwali which gained a below average status, Vinashak, Pardesi Babu and Aunty No. 1, all of which were unsuccessful.

In 1999, Tandon starred opposite Upendra in his self-titled Kannada psychological thriller film, Upendra. Her film Anari No.1oppossite Govinda became super hit the at the box office. She also received praise from critics for her performance in Shool.

In the 2000s, Tandon turned her career professional. She went on to work more with art film directors and realistic cinema. It proved to be a good turning as films such as Shool (1999), Bulandi (2000) and Aks (2001) won her huge acclaim. She won many awards as well as the Filmfare Special Performance Award for her performance in Rakeysh Omprakash Mehra's Aks.

Her years in the industry paid off when she won the coveted National Film Award for Best Actress for her performance in Kalpana Lajmi's Daman: A Victim of Marital Violence (2001), where she played a battered wife to an abusive husband. She surprised critics and audiences with her performance in the film and received much appreciation for her work. Critic Taran Adarsh said: "Raveena Tandon lends credibility to the role of a battered wife and walks away with the honours. The pathos she conveys through her expressions makes you realise that she's a performer of substance".

Since then, she has starred in a number of critically acclaimed films, such as Satta (2003) and Dobara (2004), but has not had much box office success. Her role as a middle class woman thrust into the world of politics in the former was praised. Critic Taran Adarsh wrote: "Raveena Tandon delivers a bravura performance. The actress takes giant strides as a performer, giving the right touches to her character. Here's a performance that's bound to be noticed". Her role as a schizophrenic in Dobara was also praised with one critic saying: "Raveena is in sync with her character, playing her part with elaan". Her only release in 2006 was Sandwich which opened to poor reviews and reception.

In 2015, she made a comeback to Bollywood in longtime friend Anurag Kashayp's magnum opus Bombay Velvet. Playing a sultry jazz singer, her brief performance was lauded by critics. In 2017, she was seen in the thriller movie Maatr in which she played a mother who seeks revenge for her daughter's rape. Her performance was appreciated and gained critical acclaim for her performance. Her next release of the year was Onir's Shab, where she played a socialite. In addition, she has also reportedly committed to Anurag Kashyap's Return Gift.

Tandon was chairperson of the Children's Film Society of India from 2003, but from 2004 the actress began to get complaints that she did not attend the organisation's meetings and that she was not involved with the activities set up by the society. In September 2005, Tandon resigned from her post citing personal reasons.

In November 2005, Tandon sued the websites, Shaadi.com and Shaaditimes.com, claiming that they were using unauthorized images of her to promote the site. She also sued the owner of Satyanet Solutions, as they claimed that Tandon and her husband had met through the website.

In November 2002, Tandon sang to support People for the Ethical Treatment of Animals. She has posed in many advertisement campaigns joining the likes of John Abraham, Shilpa Shetty and Amisha Patel . On the issue of cows being slaughtered for their skin, she said "Their abuse at the hands of corrupt skin and meat traders must be stopped".

Tandon has produced two films. She featured as a host on the TV shows Isi Ka Naam Zindagi and Simply Baatien With Raveena and as a talent judge on Sabse Bada Kalakar and The Drama Company.

Tandon adopted two girls, Pooja and Chhaya, as a single mother in 1995 when they were 11 and 8 year old, respectively.

She began dating film distributor Anil Thadani during the making of her film Stumped (2003). Their engagement was announced in November 2003 and she married Thadani on 22 February 2004, in Jag Mandir Palace in Udaipur, Rajasthan according to Punjabi traditions. In March 2005, Tandon gave birth to her daughter Rasha. In July 2008, she gave birth to her son Ranbirvardhan. 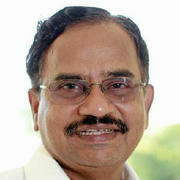 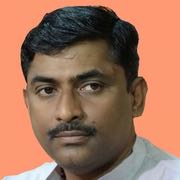 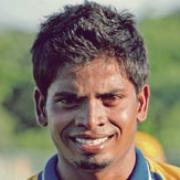 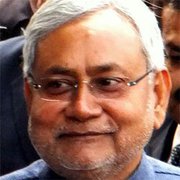