Prof. DR.H. Mohamad Rasjidi (May 20, 1915 in Kotagede, Yogyakarta, Indonesia – January 30, 2001) was a Minister of Religious Affairs of Indonesia at the First Sjahrir Cabinet and Second Sjahrir Cabinet. He was a close friend of Alm. Faisal of Saudi Arabia Contribution Services - His services for the Republic of Indonesia is priceless of International Education classes. Cairo scholar first of Indonesian Students to Value A. Simple, honest and trustworthy.

The contents of this page are sourced from Wikipedia article on 24 Jun 2020. The contents are available under the CC BY-SA 4.0 license.
View Rasjidi 's image gallery
Image Gallery 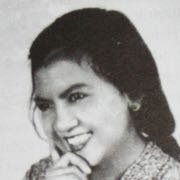