Rašid Mahalbašić (born 7 November 1990) is a Slovenian-born Austrian professional basketball player of Bosniak ethnicity. He is currently playing for Real Betis Energía Plus of the Liga ACB. Standing at 6 ft 11 in (2.11 m), he can play at power forward and center positions.

Mahalbašić played with Kelag Wörthersee Piraten of the Austrian Bundesliga. In February 2010, he was on try-out at Montepaschi Siena from Italian Serie A.

In September 2010, Mahalbašić signed a 6-year deal with Fenerbahçe Ülker of the Turkish Basketball League.

Mahalbašić was loaned to Tofaş S.K. between December 2010 to February 2011 where he played 10 games. He played with 14 points, 2 rebounds, 1 assist and 1 blok performance against Fenerbahçe Ülker.

He came back to Fenerbahçe Ülker after Mirsad Türkcan's shock injury, then he was loaned again, to KK Split of Croatia for the rest of the 2010–11 season.

In January 2012, Mahalbašić parted ways with Fenerbahçe, and signed with Zlatorog Laško of Slovenia for the rest of the 2011–12 season.

On September 21, 2012, he signed with Asseco Prokom Gdynia of the Polish Basketball League for the 2012–13 season.

For the 2014–15 season he signed with Astana, a team from the VTB United League and Kazakh League.

On June 1, 2015, Mahalbašić signed a two-year contract with the Russian team Nizhny Novgorod. After one season he left Nizhny and on September 26, 2016, signed with Turkish club Yeşilgiresun Belediye. On December 5, 2016, he left Yeşilgiresun and signed with Spanish club Real Betis Energía Plus for the rest of the season.

Mahalbašić averaged 15.3 points, 9.7 rebounds and 1.0 assist per game, shooting 76% from the field goal and 53.3% on free throws, in 3 games with the Austrian national team in the qualifications for the Eurobasket 2009 Division B. when he won the tournament MVP. 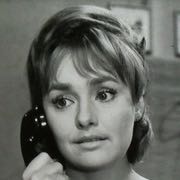