Ranjit Singh Boparan (born August 1966) is a British businessman, and the founder and owner of 2 Sisters Food Group with his wife Baljinder Kaur Boparan. Known as the "Chicken King" in the West Midlands, he has an estimated personal fortune of £190M.

Born in August 1966 in Bilston, West Midlands, Boparan left school aged 16 with few qualifications. He started working in a butchers shop, and founded 2 Sisters Food Group in 1993 with a small bank loan. Still resident today in the West Midlands, he began expanding West Bromwich-based 2 Sisters Food Group through its holding company Boparan Holdings, which he jointly owns with his wife.

Boparan Holdings is the group company, which owns all of the couple's subsidiary holdings. The Boparans are keen on training and developing their workforce, and are proud of their record of putting employees through NVQs on factory and farm production. They are also proud of the high standards of animal welfare and food safety among their partner companies and suppliers.

Established in 1993 by chief executive, Ranjit Singh Boparan, as a frozen retail cutting operation, it has grown rapidly through acquisition and expanded to cover 36 manufacturing sites in the UK, eight in the Netherlands, five in Ireland and one in Poland.

Following a period of asset disposal, on 17 November 2010 Northern Foods announced it was merging with Irish ready-made meals supplier, Greencore. According to industry web site, just-food.com, the company's shares rose more than 20% that day. The new company was to be called Essenta, with headquarters in Ireland but listed on the London Stock Exchange.

However, after building up a 25% share holdings, on 21 January 2011 Boparan announced a £341M bid to buy Northern Foods, which succeeded in gaining sufficient shareholder support to proceed. This resulted in the appointment of Boparan as the company's chairman in April 2011. On 13 May 2011 the company was delisted from the London Stock Exchange, and taken private under Boparan Holdings.

In April 2006, Compass Group sold its specialist airports and railways division SSP for £1,822 million to EQT Partners of Sweden, including the Harry Ramsden's fish and chip shop chain. After attempting a turnaround under new MD Chris Sullivan in 2008, on 19 January 2010 SSP sold Harry Ramsden's to Boparan Ventures Ltd, the private investment vehicle of Boparan. BVL announced plans to open another 100 units in the next five years, and create 600 new jobs.

In June 2016, the supermarket chain Tesco announced that it was to sell its 15-venue Giraffe Restaurants chain to Boparan Restaurants, for "an undisclosed sum", three years after it bought the chain for £50 million.

In September 2016, it was announced Singh's Private Office (Boparan Private Office) was to acquire turkey producer Bernard Matthews for £87.5m.

In October 2016, Singh's Private Office added to its restaurant and dining portfolio with the acquisition of part of the 1950s-themed restaurant chain Ed's Easy Diner.

Boparan received an honorary doctorate from Nottingham Trent University in July 2015, "in recognition of his significant contribution to the food manufacturing industry, to education and the development of his workforce, and for his philanthropic interests.”

Boparan insists on a low public profile and "doesn't do interviews with the media".

In November 2006, the couple's then 19-year-old son, Antonio, was prosecuted after his Range Rover Sport left one-year-old Cerys Edwards with severe brain damage after his car, which was travelling at 70 miles per hour (110 km/h) on the wrong side of a 30 miles per hour (48 km/h) single-track road, hit the Jeep her parents were driving. He was the first person convicted under English and Welsh law from evidence recovered from his car's Event Data Recorder system, concealed in the driver's airbag. In April 2008 Antonio was sentenced to 21 months in jail for dangerous driving, at Birmingham Crown Court. In February 2012, Cerys Edwards' family was awarded £5M, and a sum of £450k per annum every year for her life for Cerys' care, from Boparan's insurance company. Cerys died at Birmingham Children's Hospital on 17 October 2015, aged 9. In April 2014, the millionaire's son was involved in a Birmingham bar brawl which left a man blinded. Antonio later admitted in court to inflicting actual bodily harm and violent disorder. 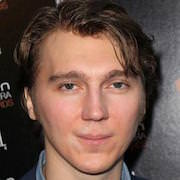 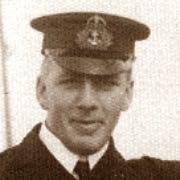