Randy Lennox is a Canadian media executive who is the president of Bell Media.

Prior to joining Bell Media, he was the president and CEO of Universal Music Canada, Canada's largest music record label, where he signed and championed internationally renowned Canadian artists. In 2017 he was awarded the Walt Grealis Special Achievement Award at the 2017 Juno Awards and named Canadian media executive of the year by Playback magazine.

Lennox has been described by U2's Bono as a "music maven turned telecommunications mogul," and "a man without whom American and Canadian music would certainly not be the same" by Gene Simmons of Kiss.

In January 2019, Lennox was named the chair of the board for the Banff World Media Festival.

Lennox has been featured four times on Toronto Life Magazine's most influential list.

To celebrate the 25th Anniversary of the Junos, Lennox produced Oh What a Feeling: A Vital Collection of Canadian Music, a 4-disc box-set featuring Canadian content, and the first ever Canadian box-set to be certified diamond for sales of over one million copies, and raising over $5.3 million for Canadian charities. CARAS used the proceeds from sales to establish Band Aid and fund music-focused charities for children.

In 2001 Lennox was then promoted to president and CEO of Universal Music Canada.

At Universal, Lennox produced or executive produced a number of prominent albums and singles, including Big Shiny Tunes, Wavin' Flag (as performed by the Canadian supergroup Young Artists for Haiti), and the 2010 Vancouver Olympics Games Anthem.

Under Lennox, Universal Music Canada signed and developed many Canadian artists Justin Bieber, Drake, Hedley, Nickelback, The Tenors, The Weeknd, Shawn Mendes and The Tragically Hip among others while promoting long-time Canadian music icons like Shania Twain, Diana Krall, and Bryan Adams. During this period Universal Music Canada was named Record Company of the Year for 16 consecutive years at Canadian Music Week.

Lennox is also involved with many organizations in the Canadian music scene: he is the talent chair and executive producer of Canada's Walk of Fame and served as chair of the Massey & Roy Thompson Hall's Board.

On February 27, 2017, Lennox was named to president of Bell Media, with a focus on "accentuating quality productions through partnerships" towards making Bell Media more competitive in Canada and internationally.

This led to a number of new production partnerships, investments in original content, and a renewed focus on Bell Media's CraveTV streaming platform:

In March 2020, it was announced that Bell Media was partnering with Quibi, the short-form streaming service founded by Jeffrey Katzenberg, to produce exclusive news and sports content for the new platform.

In April 2020, Lennox and Bell Media led a coalition of 15 partners in broadcasting Stronger Together, Tous Ensemble, a fundraising concert featuring over 80 prominent Canadian musicians, artists, activists, actors and athletes and simulcast on more than 120 platforms including television, radio, streaming and on-demand, making it the largest multi-platform broadcast event in Canadian history. (See Covid-19 Response)

Under Lennox's tenure, Bell Media is producing new content across a number of new formats:

In 2017, working with Big Machine Records' Scott Borchetta, Lennox also co-created and produced the original reality music competition franchise, The Launch, a new format that was subsequently picked up by Sony Pictures Television for international distribution. Other new TV shows included The Beaverton, Cardinal, and Frontier.

This expansion also saw Bell Media acquire a stake in the 2017 theatre production Bat Out of Hell The Musical.

In 2018, working with singer-songwriter Jann Arden, Lennox executive produced Jann, featuring Arden playing a fictionalized version of herself. The series would go on to be the most-watched Canadian comedy series of 2019.

2019's Once Were Brothers: Robbie Robertson and The Band was also executive produced by Lennox along with Martin Scorsese, Ron Howard, and Brian Grazer, and opened 2019 Toronto International Film Festival, the first-ever opening of the festival by a Canadian documentary.

Lennox also produced the 2019 documentary David Foster: Off the Record and the 2019 film The Song Of Names, co-produced with Robert Lantos and starring Clive Owen.

In November 2018, Bell Media redesigned and rebranded Crave online streaming platform (no longer CraveTV), now featuring first-run and live HBO content. This was the first time that premium subscription content was unbundled from Bell's wireline products, a move that Lennox described in an interview as part of Bell Media's "responsibility to reach customers through the technology they use."

A year later, in November 2019 Bell Media announced an exclusive long-term partnership with HBO to bring HBO Max content to Crave, the first-ever international expansion of the service. In an interview with The Canadian Press, Lennox shared his diagnosis that the Canadian streaming "marketplace in and of itself is confused," and positioning Crave as Canada's premier aggregator and curator of in-demand international and domestic content for its some 2.7 million subscribers.

In a December 2019 interview with the Toronto Star, Lennox announced that Crave had reached some 3 million subscribers, citing investments in higher budget world-class content, strategically released year-round to maximize interest.

The Oh What A Feeling series, produced by Lennox, has raised more than $5.3 million for Canadian charities across several volumes.

Along with industry veterans Bob Ezrin and Gary Slaight, Lennox organized Young Artists for Haiti, a supergroup including Drake, Justin Bieber, Nelly Furtado and Avril Lavigne that recorded a cover of K'naan's "Wavin' Flag" as a charity single in the aftermath of the 2010 Haiti earthquake raising more than a million dollars for disaster relief.

Lennox is a director of the Smilezone Foundation, an organization that donates play zones to hospitals and paediatric care facilities, and sits on the board of CARAS MusiCounts.

In response to shortages in volunteers, stock, and funds, in April 2020 Food Banks Canada announced a $150M fundraising goal to support the food security of Canadians during the COVID-19 pandemic and ensuing lockdown. On April 22, 2020 Stronger Together, Tous Ensemble, a fundraising concert was announced to support Food Banks Canada. The event saw competing Canadian media companies working together and led by Bell Media to produce and deliver the disaster response special.

In an interview with FYI Music News, Lennox observed that the entire concert, from conception to broadcast, was assembled in just 12 days, with participants filming their own segments at home and final mastering and mixing being done the day before broadcast.

The event, broadcast simultaneously by 15 media groups on over 120 platforms, including television, radio, streaming and on demand, is the largest television event in Canadian history.

The contents of this page are sourced from Wikipedia article on 31 Dec 2020. The contents are available under the CC BY-SA 4.0 license.
View Randy Lennox 's image gallery
Image Gallery 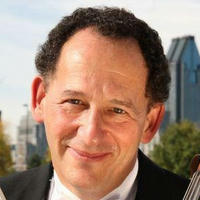 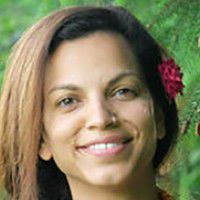