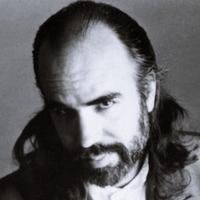 Randal Edward Brecker (born November 27, 1945) is an American trumpeter, flugelhornist, and composer. His versatility has made him a popular studio musician who has recorded with acts in jazz, rock, and R&B.

Brecker was born on November 27, 1945 in the Philadelphia suburb of Cheltenham to a musical family. His father Bob (Bobby) was a lawyer who played jazz piano and his mother Sylvia was a portrait artist. Randy described his father as "a semipro jazz pianist and trumpet fanatic. In school when I was eight, they only offered trumpet or clarinet. I chose trumpet from hearing Diz, Miles, Clifford, and Chet Baker at home. My brother [Michael Brecker] didn't want to play the same instrument as I did, so three years later he chose the clarinet!" Randy's father, Bob, was also a songwriter and singer who loved to listen to recordings of the great jazz trumpet players such as Miles Davis, Dizzy Gillespie and Clifford Brown. He took Randy and his younger brother Michael Brecker to see Davis, Thelonious Monk, Duke Ellington, and many other jazz icons. Brecker attended Cheltenham High School from 1959 to 1963 and then Indiana University from 1963 to 1966 studying with Bill Adam, David Baker and Jerry Coker and later moved to New York and performed with Clark Terry's Big Bad Band, the Duke Pearson and the Thad Jones/Mel Lewis Orchestra.

In 1967, Brecker ventured into jazz-rock with the band Blood, Sweat & Tears, on their first album Child Is Father to the Man, but left to join the Horace Silver Quintet. Brecker recorded his first solo album, Score, in 1968, featuring his brother Michael Brecker.

After Horace Silver, Randy Brecker joined Art Blakey's Jazz Messengers before teaming up with brother Michael, Barry Rogers, Billy Cobham, and John Abercrombie to form the fusion group Dreams. The group recorded two albums: Dreams and Imagine My Surprise for Columbia Records before they disbanded in 1971.

In the early 1970s, Brecker performed live with many artists including The Eleventh House, Stevie Wonder and Billy Cobham. He also recorded several albums with his brother under pianist/composer Hal Galper.

By 1975, Randy and Michael formed the Brecker Brothers band. They released six albums on Arista and garnered seven Grammy nominations between 1975 and 1981. Their first record, The Brecker Bros., featured Randy's composition "Some Skunk Funk", and he composed several pieces on this and subsequent albums.

After the Brecker Brothers disbanded in 1982, Randy recorded and toured as a member of Jaco Pastorius' Word of Mouth big band. It was soon thereafter that he met and later married Brazilian jazz pianist Eliane Elias. Eliane and Randy formed their own band, touring the world several times and recording one album named after their daughter together, Amanda on Passport Records.

In 1977 he founded the jazz club Seventh Avenue South with his brother Michael Brecker.

In 1992 Randy and Michael reunited for a world tour and the triple-Grammy nominated GRP recording The Return of the Brecker Brothers. The follow-up, 1994's Out of the Loop, was a double-Grammy winner. In 1995 he was featured on Turtles, an album by Polish composer Włodek Pawlik.

In 1997, Into the Sun (Concord), a recording featuring Brecker's impressions of Brazil, garnered Brecker his first Grammy as a solo artist.

In 2001, Brecker released Hangin' in the City (ESC), a solo project that introduced his alter-ego Randroid with lyrics and vocals by Randroid himself. This CD was released in Europe, where Brecker toured extensively with his own line-up.

Brecker's next CD for ESC Records, 34th N Lex, won him his third Grammy for Best Contemporary Jazz Album in 2003. That summer he went back to Europe with the Bill Evans Soulbop Band.

In the summer of 2003 the Brecker Brothers appeared in Japan at the Mount Fuji Jazz Festival.

2004 saw Brecker touring Europe as co-leader (with Bill Evans) of the band Soulbop. The WDR Big Band also invited Brecker to perform at the [Jazz Fest]. The date was of significance to Randy as it was the last time he played with his brother, who took ill shortly thereafter with a rare form of leukemia known as MDS.

In 2005, Brecker's wife Ada (married 2001) sat in for the first time. Brecker's schedule continued with the Randy Brecker Band performing throughout Eastern Europe.

In 2007, Brecker was awarded his fourth Grammy for Randy Brecker Live with the WDR Big Band (Telarc/BHM), the live recording (also available in DVD format) of his performance with Michael at the Leverkusen Jazz Fest in 2004. Michael died that same year on January 13.

Brecker returned to Brazilian music in 2008 for the album Randy in Brazil, which was recorded in São Paulo with Brazilian musicians and released on Summit Records. Chosen as one of the top 10 CDs of 2008 by All About Jazz, the CD won the Grammy for "Best Contemporary Jazz Album", bringing his Grammy total to five.

A Tribute to the Brecker Brothers featuring Randy and recorded live at the Hamamatsu Jazz Festival in Japan with Yoichi Murata's Solid Brass & Big Band was released by JVC Victor in Japan in late 2008.

In 2009, Brecker released Jazz Suite Tykocin, a project initiated and conceived by Włodek Pawlik, featuring Randy as a soloist with members of the Bialystok Philharmonic. Tykocin is the area in Poland where Brecker's ancestors (mother's maiden name: Tecosky) hail from, a fact that Pawlik discovered.

2011 saw the release of The Jazz Ballad Song Book: Randy Brecker with the Danish Radio Big Band and The Danish National Chamber Orchestra, which garnered four Grammy nominations and critical acclaim. In 2012, Legacy Recordings released the boxed set The Brecker Brothers – The Complete Arista Albums Collection. In November of that year the album Night in Calisia, a collaboration between Brecker, the Wlodek Pawlik Trio, the Kalisz Philharmonic Orchestra and Adam Klocek was released in Poland. The album came out in the US in August 2013, and won the 2014 Grammy Award for Best Large Jazz Ensemble Album, Brecker's sixth Grammy Award.

As the Brecker Brothers

The contents of this page are sourced from Wikipedia article on 08 Mar 2020. The contents are available under the CC BY-SA 4.0 license.
View Randy Brecker 's image gallery
Image Gallery 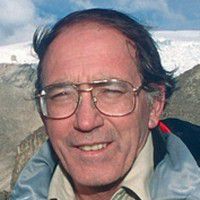 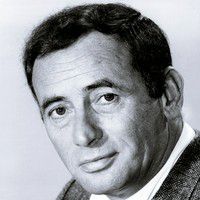 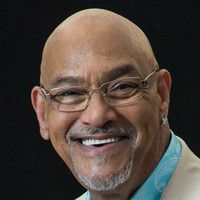