Randall Kaplan (born November 22, 1968) is a U.S.-born serial entrepreneur. He is an early employee of Akamai Technologies, a global leader in distributing computing solutions and services. Randall is also the owner and Managing Member of CollarCard, LLC a Los Angeles based promotional products company and is also the Managing Member of Arbicha, LLC, a Los Angeles based investment firm. Kaplan is an active venture investor, having invested in more than 40 early stage companies. His investments include mPATH, UrgentRx, and Tapiture among others.

In 1990, Randall graduated from the University of Michigan with Highest Distinction, where he was also one of only ten students elected to Phi Beta Kappa during his junior year. After graduation, Randall moved to Chicago to attend law school at Northwestern, where he graduated with honors in 1993. After law school, Randall moved to Los Angeles to practice corporate, securities, and tax law for two and a half years.

In 1996, Randall started his business career where at age 27 he was hired to be the Assistant to the Chairman at SunAmerica. In his capacity at SunAmerica as a Managing Director, Randall worked closely with its then founder, Chairman and Chief Executive Officer Eli Broad and former Chief Executive Officer Jay Wintrob, on mergers and acquisitions and on special projects.

After leaving Akamai, Randall started JUMP Investors, a Los Angeles-based venture capital and private equity firm that today functions as his family office and investment firm. Since its formation in 1999, JUMP has invested in a variety of real estate companies, private equity funds, hedge funds, and more than 40 early-stage technology companies, including Seagate, Google, and Postini (a leading email outsourcing company purchased by Google in 2007).

In addition to serving on the Northwestern Law Board and the Dean's Advisory Committee at the University of Michigan, Randall is the Chairman of mPath. Additionally, Randall serves on the Board of Directors of Tapiture and UrgentRx(where he served as Chairman from 2009 - August 2014). Prior to its merger with Primus Telecommunications (PTGI), Randall served on the board of directors of Arbinet, Inc. (ARBX). Randall also serves on the board directors of Imagine LA, a mentorship program that matches families exiting homelessness with volunteer teams from faith communities, corporations, and other committed organizations.

In 1996, at the age of 27, Randall started The Justice Ball. The Justice Ball is a charity concert that several years after its formation became one of the country’s largest under-40 fundraisers in the country and one of the leading philanthropic events in Los Angeles. In the past 8 years, Berlin, Billy Idol, The B-52’s, Macy Gray, Sugar Ray, the Go-Go’s, The Psychedelic Furs and other leading acts have performed at The Justice Ball, helping it attract more than 60,000 attendees and raise more than $6.5 million. For 10 years Randall served on the board of Bet Tzedek Legal Services – the beneficiary of The Justice Ball – a non-profit public interest law firm that provides free legal services annually to more than 12,000 poor, sick, elderly, and homeless residents of Los Angeles County.

In addition to his philanthropic efforts through The Justice Ball, Randall is the founder, creator, and producer of The Imagine Ball. The Imagine Ball is an annual charity concert whose inaugural event raised $260,000 on August 6, 2014 at the House of Blues in Los Angeles. The event benefited Imagine LA and raised money to fight homelessness in Los Angeles. 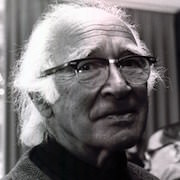