Maharana Sangram Singh (12 April 1484 – 30 January 1528) commonly known as Rana Sanga, was Rana of Mewar and head of a powerful Hindu Rajput confederacy in Rajputana during the 16th century. He belonged to Sisodiya clan of Rajput. Rana ruled between 1508 and 1528.
Rana Sanga succeeded his father, Rana Raimal, as king of Mewar in 1508. He fought against the Afghan Lodhi dynasty of Delhi Sultanate, and later against the Mughals in the Battle of Khanwa, which ended with Mughal victory, and died shortly thereafter on 30 January 1528.
He was married to Rani Karnavati who later committed Jauhar on 8 March 1535 A.D. inside Chittorgarh Fort. This was the second of the three Jauhars performed at Chittor. She was the mother of the next two Ranas, Rana Vikramaditya Singh and Udai Singh II, and grandmother of Maharana Pratap.

Rana Sanga was a grandson of Rana Kumbha who became ruler of Mewar after a battle for succession with his brothers.

War Between Sanga and Babur

After his initial gains Rana Sanga became recognized within north India as a principal player in the power struggle to rule the northern territories of princely India. His objectives grew in scope – he planned to conquer the much sought after prize of the Muslim rulers of the time, Delhi, and bring the whole of India under his control.

He had crushed Gujarat and conquered Malwa and was now close to Agra. It was at this juncture that he heard that Babur had defeated and slain Ibrahim Lodi and was now master of the Delhi Sultanate.

Rana Sanga decided, in a miscalculation of Babur's strength and determination, to wage a war against the Mughal Emperor. As a first move, he coerced Afghan fugitive princes like Mehmud Lodi to join him. A number of Mewati Muslims under Hasan Khan Mewati also assured their support to Rana Sanga. Then Rana ordered Babur to leave India. Initially he hoped to attain this by sending his vassal Sardar Silhadi of Raisen as his emissary. Silhadi who went to Babur’s camp was won over by Babur. Babur accepted that to rule North India he may have to engage in battle with Rana Sanga and hence had no desire for retreat. Babur and Silhadi hatched a plot. Silhadi, who held a large contingent of 30,000 men would join Babur’s camp at critical moment of battle and thus defeat Rana Sanga. Silhadi who went back to Chittor, told Rana that war is a must.

The Rajput forces of Rana Sanga, supplemented by the contingents of Mewati and the Afghan, Mehmud Lodi and Medini Rai of Alwar, met Babur’s army at Khanwa near Fatehpur Sikri in 1527. The battle, which lasted for not more than 10 hours, was bitterly contested and became an exceedingly brutal affair. At a critical moment of battle, the defection of Silhadi and his contingent caused a split in the Rajput forces. Rana Sanga while trying to rebuild his front was wounded and fell unconscious from his horse. The Rajput army thought their leader was dead and fled in disorder, thus allowing the Mughals to win the day.

Rana Sanga was whisked away to safety by the Rathore contingent from Marwar and once he became conscious he learnt of the defeat. But Rana Sanga, unwilling to admit defeat, set out once more to rebuild his military and renew war with Babur. He vowed not to set foot in Chittor till Babur was defeated by him. In 1528, he once more set out to fight Babur at Chanderi to help Medini Rai who was attacked by Babur. It is suggested that had there not been the cannons of Babur, then Rana Sanga might have achieved a historic victory but brutally lost the war against the Emperor. Pradeep Barua notes that Babur's cannons had put an end to the outdated trends in Indian warfare. 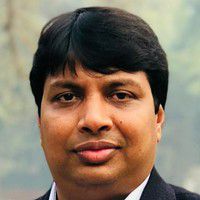 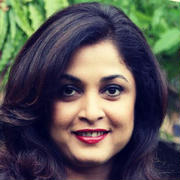