Ramzan Khan, popularly known as Munna Master an Indian singer and social worker who sings Bhajans (devotional songs) and takes care of cows. He hails from Jaipur district of Uttar Pradesh. He was conferred with Padma Shri, the fourth highest civilian award in India in 2020 for his contribution to arts.

He came to limelight for his dedication to cows and Krishna-bhakti after a controversy erupted over the appointment of his son, Feroze Khan as an assistant professor at Banaras Hindu University's Sanskrit Vidya Dharma Vigyan Department in November 2019. He holds a degree of Shashtri in the Sanskrit language. He has authored a book, Shri Shyam Surabhi Vandana.

The contents of this page are sourced from Wikipedia article on 18 Apr 2020. The contents are available under the CC BY-SA 4.0 license.
comments so far.
Comments
From our partners
Sponsored
Reference sources
References
https://www.zeebiz.com/india/video-gallery-credit-goes-to-gau-mata-for-my-padma-shri-bhajan-singer-munna-master-118304
https://aajtak.intoday.in/story/know-about-padma-awardee-munna-master-father-of-feroze-khan-1-1158194.html
https://www.outlookindia.com/newsscroll/i-owe-the-coveted-award-to-gau-seva-padma-shri-awardee-ramzan-khan/1718725
https://www.theweek.in/theweek/current/2019/11/29/rights-and-rituals.html
https://www.jansatta.com/national/padma-awards-2020-padmi-shri-awardee-noted-bhajan-singer-munna-master-rajasthan-father-firoz-khan/1297806/ 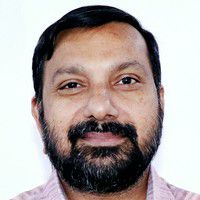