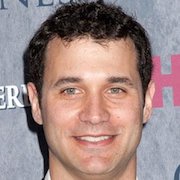 Ramin Djawadi (/rɒˈmiːn ˈdʒɑːvədi/, Persian: رامین جوادی‎, born July 19, 1974) is an Iranian German score composer . He is well known for his scores for the 2008 Marvel film Iron Man and the HBO series Game of Thrones which were both nominated for Grammy Awards in 2009 and 2018 respectively. He has also scored movies such as Clash of the Titans, Pacific Rim, Warcraft and A Wrinkle in Time, and for television series including Game of Thrones, Prison Break, Person of Interest, Jack Ryan, and Westworld. He won two consecutive Emmy Awards for Game of Thrones, in 2018 for the episode "The Dragon and the Wolf" and in 2019 for "The Long Night".

Djawadi was born in Duisburg, West Germany, to an Iranian father and a German mother, and studied at Berklee College of Music.

After graduating from Berklee College of Music in 1998, Djawadi garnered the attention of Hans Zimmer, who recruited him to Remote Control Productions. Djawadi moved to Los Angeles and worked as an assistant to Klaus Badelt. From there on he made additional music and arrangements for Badelt and Zimmer movies, such as Pirates of the Caribbean: The Curse of the Black Pearl, The Time Machine and the Academy Award-nominated film, Something's Gotta Give. He also co-composed the music for System Shock 2 (1999). In 2003, he and Badelt composed the score of Beat the Drum.

In 2004, Djawadi went out on his own with Blade: Trinity, collaborating with RZA for director David S. Goyer. This was the beginning of his relationship with Goyer for both film and television. The following year Djawadi continued making additional music for Zimmer in movies such as Batman Begins and The Island, which was his last time working in the background of another composer. The same year, he also composed the Emmy-nominated main title themes and scores for Prison Break and the related show Breakout Kings.

In 2006, Djawadi scored the first Sony Animation project, Open Season, followed by the sequel Open Season 2 (2008). Djawadi's ethereal score for the film Mr. Brooks (2007) earned him a World Soundtrack Award for Discovery of the Year nomination. His other scores include Deception, starring Hugh Jackman and Ewan McGregor, Robert Towne's Ask the Dust, and Iron Man, which was a commercial success with global revenues of $585.2 million. Djawadi was nominated for Grammy Award for Best Score Soundtrack for Visual Media for his work on Iron Man. Djawadi's work in these computer-animated films (Open Season and Open Season 2) attracted the filmmakers of the Belgium-based nWave, who created one of the first animated movies in 3D, Fly Me to the Moon.

Djawadi wrote the score for Goyer's horror thriller The Unborn (2009), produced by Michael Bay. Djawadi also collaborated with Goyer on the television show FlashForward that year, earning him his second Emmy nomination.

In 2010, Djawadi completed Warner Brothers' Clash of the Titans. The same year, he also scored the soundtrack for the video game Medal of Honor.

In 2011, he was selected to score HBO's fantasy drama Game of Thrones. His continued work on Game of Thrones has garnered him several industry awards and recognition including a Primetime Emmy Award for Outstanding Music Composition for a Series in September 2018 for the score "The Dragon and the Wolf". For his work on season 7, he was also nominated for the Grammy Award for Best Score Soundtrack for Visual Media. This was his second nomination in this category after being nominated before for Iron Man in 2009. Also in 2011, he worked on the CBS crime drama Person of Interest.

Djawadi scored The Queen's Corgi, an animation film directed by frequent collaborator Ben Stassen. He co-wrote "Hollow Crown " alongside Ellie Goulding in For the Throne: Music Inspired by the HBO Series Game of Thrones. In 2019, he won his second Emmy Award in a row for the Game of Thrones episode "The Long Night".

He received a third Grammy nomination of his career for his work in Game of Thrones (season 8) in the Grammy Award for Best Score Soundtrack for Visual Media category.

Djawadi is hired to score the 2020 film The Eternals. Djawadi also composed music for the trailer of Magic: The Gathering: Theros Beyond Death, a card game.Djawadi co-composed music with Brandon Campbell for the second episode of Apple TV+'s series ' Amazing Stories ' titled "The Heat ".

Djawadi is married to Jennifer Hawks, a music executive in the film industry. They are parents of twins. According to Djawadi, he has the sensory condition known as synesthesia whereby he may "associate colors with music, or music with colors", and it allows him to visualize music.

Djawadi has composed and produced over 100 soundtracks and film scores for both film and television. His best known work is the score of HBO's series, Game of Thrones, along with other television shows such as Prison Break, Person of Interest, Jack Ryan, and Westworld. He is also known for film scores such as Pacific Rim, Iron Man, and Warcraft.

The contents of this page are sourced from Wikipedia article on 08 Mar 2020. The contents are available under the CC BY-SA 4.0 license.
View Ramin Djawadi 's image gallery
Image Gallery 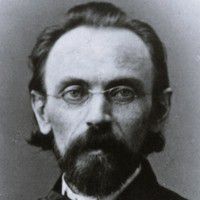 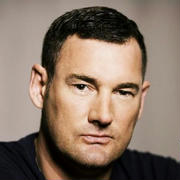