Ramzi Khoury (born June 3, 1978), also known as RAmez, is a French rap artist of Lebanese descent. He sings in French, English and Arabic. In 2007 at a time where few people believed French Rap had a place in the Middle East, Ramez makes it to the NRJ Lebanon Top 100 by reaching number 24 with his hit song Leich Heik Baladé a song mixing French and Arabic.
In 2008, the song Is it too much asking also from RAmez's second CD was played on Lebanon's Radio One and the controversial video in relation to that song is widely viewed on YouTube as a result.
Over the last three years, thanks to the release of RAmez's CD and its success, French Rap has become popular in the region while opportunities for independent artists / producer have increased in the Arab world.
In 2005 RAmez decided to have his second CD produced in Lebanon in order to contribute to the development of the independent music scene in his country of origin. The nickname "RAmez" was chosen a little bit after September 11 to stress on the importance of digging in the past to understand the present.
In 2001, RAmez hosted a number of radio shows in the United States promoting French rap as well as American rap. He also released the same year his first album a senior project with an innovative and original concept consisting on mixing the French and Lebanese dialect together to put French Rap, Lebanon and the Arab world on the same map (which was not always well perceived in the United States at the time). In a song called "Le monde est à refaire" and released in 2001 the concept behind Ramez's work is shared within his lyrics "Ramez symbole critiqué de par son phrasé ayant qu'un seul but exister pour éclairer tout les révoltés. Unis prenant le concept de mondialisation, dotés d'une potion provenant direct de la raison, des connaissances amassées que nous venons distribuer, Libanais / Francais nos forces sont à présent décuplées". The strength resulting from this project portraying many different culture and languages allows two tracks extracted of this first multi-cultural project to appear on a compilation: Ma Flamme and Y'aura pas de paix (in which RAmez mixes French English and Lebanese rap to express his cultural background and origins). Released just after September 11, 2001 Le monde est à refaire with the talk show Extension 1312 RAmez hosts and produces at that time, created together a certain amount of controversy adding to the debate at University campuses across America. In 1999, RAmez had already appeared on a compilation untitled My world in the senior project of DJ Kenny Kickin Perez to express the stereotypes used by western media to portray a distorted view of Arabs worldwide in a track called Taste of Rage and featuring Armagideon also known today as Gid Money.
In 1989, in France, Ramzi was selected as one of the "enfants libres" to sing, alongside Guy Beart, the chorus of the song Liban Libre.
RAmez continued to promote Peace in Lebanon as a radio host on France FM & Radio Nostalgie and by breaking rules when necessary to get a message of Peace get across.
At the end of the year 2007, RAmez's first CD was released throughout Lebanon reaching number one in relation to sales at the Virgin Megastore in Lebanon - an unexpected and unprecedented success for Rap in Lebanon that will lead some people in the music industry to criticize Ramez's work and close in an organized matter many doors on him.
In November 2007 in France, RAmez contributed an unreleased song called, Un monde de fou (A crazy world), to a French Rap Mixtape that he chose to distribute for free on his website. This song came to the attention of Radio Orient in 2008 who then broadcast it across France.
Ramez preferred not to renew his contract in Lebanon in order to produce his own material without external influences with the aim of reaching a more international audience. In 2009 Ramez set up RAMEZ Productions (RAP) through which he intends to manage his music and other projects. Ramez is currently working on his third album after 11 years of International work on Radio and Rap.

Ramzi Khoury was born in Beirut, Lebanon to parents of Lebanese origin. When he was nine years old his parents decided to move to Paris, France because of the civil war in Lebanon. His first passion being radio, young he skips all of his classes in order to meet radio hosts and discover in depth this blind medium. This passion will lead him to continue his higher studies in the United States where he gets a bachelor degree in communication with an electronic media emphasis and is for the 1st time able to realize his dream by hosting radio shows and by performing in front of a large audience. It is while performing alongside real MC's such as Armagideon and Stealth and after September 11, 2001 that Ramzi Khoury came up with the nickname RAmez. RAmez in Arabic means symbol and the symbol chosen is the God sun RA. RAmez explains his choice by stating that the present can only be understood if we dig into the past at some point. RAmez is currently working on his third album to be released in the coming months. 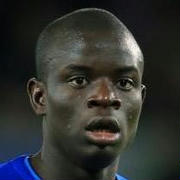