Ram Nath Kovind (born 1 October 1945) is the 14th and current President of India since 25 July 2017. Previously he had served as the 26th Governor of Bihar from 2015 to 2017 and was a Member of Parliament, Rajya Sabha from 1994 to 2006. Kovind was nominated as a presidential candidate by the ruling NDA coalition and won the 2017 presidential election.

Before entering politics, he was a lawyer for 16 years and practised in the Delhi High Court and the Supreme Court until 1993.

Ram Nath Kovind was born on 1 October 1945, in Paraunkh village in the Kanpur Dehat district of Uttar Pradesh, as the youngest of five brothers and two sisters. His father Maikulal Kovind ran a small shop. Kovind was born in a mud hut, which eventually collapsed. He was only five when his mother died of burns when their thatched dwelling caught fire. Kovind later donated the land to the community. Kovind was born into the Kori caste, considered underprivileged even among the Dalits.

After his elementary school education, he had to walk each day to Kanpur village, 8 km away, to attend junior school, as nobody in the village had a bicycle. He holds a bachelor's degree in commerce and an LLB from DAV College (affiliated with Kanpur University).

After graduating in law from DAV College, Kanpur, Kovind went to Delhi to prepare for the civil services examination. He passed this exam on his third attempt, but he did not join because he had only scored high enough to work in an allied service rather than in IAS and thus started practising law.

Kovind enrolled as an advocate in 1971 with the bar council of Delhi. He was Central Government Advocate in the Delhi High Court from year 1977 to year 1979. Between 1977 & 1978, he also served as the personal assistant of Prime Minister of India Morarji Desai. In 1978, he became an advocate-on-record of the Supreme Court of India and served as a standing counsel for the Central Government in the Supreme Court of India from 1980 to 1993. He practised in the Delhi High Court and Supreme Court until 1993. As an advocate, he provided pro-bono aid to weaker sections of society, women and the poor under the Free Legal Aid Society of New Delhi.

He joined the BJP in 1991. He was President of the BJP Dalit Morcha between 1998 and 2002 and President of the All-India Koli Samaj. He also served as national spokesperson of the party. He donated his ancestral home in Derapur to the Rashtriya Swayamsevak Sangh. Soon after joining the BJP, he contested for Ghatampur assembly constituency, but lost and later contested for Bhognipur (in 2007) (both in Uttar Pradesh) assembly constituency on the BJP ticket but lost again.

In 1997, Kovind joined the protest against certain orders from the Central government that had adverse effects on the SC/ST workers. Later, three amendments were made to the Constitution that revoked the orders, by the NDA government headed by Atal Bihari Vajpayee.

He was elected and became a Rajya Sabha MP from the state of Uttar Pradesh in April 1994. He served a total of twelve years, two consecutive terms, until March 2006. As a member of parliament, he served on the Parliamentary Committee for Welfare of Scheduled Castes/Tribes, Home Affairs, Petroleum and Natural Gas, Social Justice and Empowerment, Law and Justice. He also served as the chairman of the Rajya Sabha House Committee. During his career as a parliamentarian, under the Members of Parliament Local Area Development Scheme, he focused on education in rural areas by helping in construction of school buildings in Uttar Pradesh and Uttrakhand. As a member of parliament, he visited Thailand, Nepal, Pakistan, Singapore, Germany, Switzerland, France, the United Kingdom, and the United States on study tours.

He has served on the Board of management of Dr. B.R Ambedkar University, Lucknow, and as on the Board of Governors of IIM Calcutta. He has also represented India at the UN and addressed the United Nations General Assembly in October 2002.

Kovind's appointment was criticised by then Chief Minister of Bihar Nitish Kumar as it came months before State Assembly elections and the appointment was made without consulting State Government as recommended by Sarkaria Commission. However, Kovind's term as Governor, was praised for constituting a judicial commission to investigate irregularities in promotion of undeserving teachers, mis-management of funds and appointment of undeserving candidates in universities. In June 2017, when Kovind was announced as candidate for Presidential election, Nitish Kumar backed Kovind's choice and praised Kovind as being unbiased and working closely with the State Government during his Governorship.

Ram Nath Kovind received 65.65% of the valid votes, against former Speaker of the Lok Sabha - Meira Kumar, the presidential candidate of the Opposition who received 34.35% of the total votes. Kovind received 2,930 votes (From MPs and MLAs) amounting to Electoral College votes of 702,044 (65.65%) as compared to 1,844 votes with a value of 367,314 (34.35%) votes for Meira Kumar lagging far behind with 367,314 votes, and 77 votes were invalid. He became only the second Dalit representative to become President after K. R. Narayanan, and also is the first BJP candidate to be elected to the post. The tally of votes (367,314) polled by Meira Kumar is only the second highest for a losing candidate, that of Neelam Sanjiva Reddy in the 1969 Presidential elections being the highest ever; he received 405,427 votes as against 420,077 by V V Giri, the winner.

Kovind made trips to 19 different countries, each for state visit.

Kovind married Savita Kovind on 30 May 1974. They have a son, Prashant Kumar, and a daughter, Swati Kovind who was an air hostess for Air India.

In 2010, he was reported to have said that "Islam and Christianity are alien to the nation" as spokesperson of the BJP. As reported by IANS and published by Hindustan Times, he made this comment in response to the Ranganath Misra Commission which recommended 15 percent reservation for religious and linguistic minorities in government jobs. Although more recently, the issue was raised in the media if whether or not he was misquoted and that he in fact said "Islam and Christianity are alien to the notion (of caste)" as opposed to what was reported as "nation".

The contents of this page are sourced from Wikipedia article on 07 Jul 2020. The contents are available under the CC BY-SA 4.0 license.
View Ram Nath Kovind 's image gallery
Image Gallery 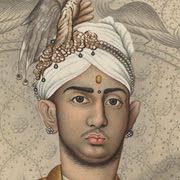 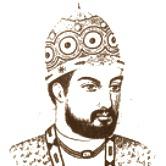