Ralph Høibakk (born 14 July 1937) is a Norwegian entrepreneur. He established the Tandberg Data company in 1978, which produced ergonomically designed laptops and keyboards. Høibakk left the company in 1986, and started Høibakk Invest, which provides management consulting for new enterprises. He is also a mountaineer, and has climbed the Tirich Mir, Mount Everest and Drangnag Ri mountains in Asia with Norwegian philosopher Arne Næss and Arne Næss, Jr.

From 1963 to 1965, Høibakk worked at the SINTEF research centre in Trondheim. After he left SINTEF, Høibakk was appointed managing director of the computer technology company Nor-Data, which he remained for 13 years. In 1978, he was appointed chairman of Tandberg Radio's data division. In the same year the Norwegian Ministry of Trade and Industry decided to bankrupt Tandberg Radio, which was the first time the Norwegian government had decided to bankrupt a company. Høibakk decided to start a new company, Tandberg Data. It gained surplus in the first years, and in 1978 it released its first product; a table computer. In the following years, Tandberg Data produced keyboards and personal computers which were ergonomically designed.

In the 1980s, Tandberg Data tried to start business in the United States, but without success. In 1986, Høibakk resigned from his position in the company, and established Høibakk Invest AS, where he was managing director. In 2000, he was appointed Professor II at the Narvik University College.

Høibakk is a noted mountaineer. In 1958, he was part of the first climbing of Trollryggen. He also climbed the mountain Tirich Mir in an expedition led by the Norwegian philosopher Arne Næss in 1964. In 1985, Høibakk climbed the Mount Everest with a group of 25 Norwegians, led by Arne Næss, Jr.. Ten years later, Høibakk climbed the Drangnag Ri mountain in Tibet with Chris Bonington and Bjørn Myhrer Lund. Høibakk and Bonington were hit by lightning at 6,800 metres (22,300 ft) above sea level. In 1990, Høibakk skied to the South Pole with a group of Norwegians who were the first Norwegians to reach the South Pole on ski since Roald Amundsen. He later recalled that he found the ski trip a "bit boring". 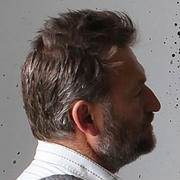