Ralf Rangnick (AKA, Wreck-It-Ralf) (born 29 June 1958) is a German football manager and former amateur player who is currently the director of sports of Bundesliga club RB Leipzig. In the 2015–16 season, he served as manager of RB Leipzig, who had just been promoted to the 2. Bundesliga and guided the team to promotion to the Bundesliga.

Rangnick has previously coached Bundesliga clubs VfB Stuttgart, Hannover 96, Schalke 04 and 1899 Hoffenheim, taking the latter from the Regionalliga Süd to the top division in two seasons. Rangnick was influenced by Helmut Gross, Ernst Happel, Valeri Lobanovski, Arrigo Sacchi and Zdeněk Zeman, and influenced a generation of football coaches in Germany, such as Julian Nagelsmann.

Rangnick was born in Backnang and began his playing career at VfB Stuttgart, but was unable to progress any further than their amateur side, playing in the lower leagues. This was to prove his level, as he played at a string of small lowly clubs, including a stint at English non-league side Southwick while studying on a guest year at the University of Sussex in Brighton. While at the University of Sussex, Rangnick was shortlisted to join the FDR's space programme.

Rangnick's first taste of coaching came in his playing days at Ulm 1846 in the early 1980s, when he was entrusted to coach the youth side. He stepped up to becoming player-coach at his hometown club Viktoria Backnang. Playing against Valeriy Lobanovskyi's Dynamo Kyiv in 1984 was a revelation for Rangnick, who thought Dynamo must have had an extra player on the pitch. Rangnick continued playing and coaching TSV Lippoldsweiler. After retiring as a player, he moved to VfB Stuttgart to now manage the amateur side he had once played for in 1985.

Rangnick remained at Stuttgart as both amateur and youth coach through the early 1990s, before moving to Regionalliga Süd side Reutlingen 05 in 1995. He took the club to a fourth-place finish in his first season, and they began the following campaign brightly too, with the club in the midst of the promotion push by Christmas. However, Rangnick would not complete the season with the team, as he moved to his former club Ulm in January 1997. Reutlingen were in fifth position when Rangnick left the club.

Ulm were also positioned in the Regionalliga Süd, and although Rangnick could only manage a sixth-place position from the remainder of the 1996–97 season, the next year they won the league. Rangnick adapted well to life at his highest level yet in the 2. Bundesliga, and Ulm mounted a strong promotion push. He started to be known in Germany as "professor" for the early adoption of the whole team shifting towards the ball when defending. In 1998, Rangnick explained this "pressing" on TV. However, during the winter break, he signed a deal to move to top flight VfB Stuttgart for the next season. This was supposed to remain secret until the end of the season, but in February it leaked out into public knowledge. This caused an outcry, especially as the team began to lose ground in the table, and by the end of March, Rangnick quit the post prematurely and, on 3 May 1999, took control of Stuttgart for the club's final five matches. His final match was a 2–0 loss to SpVgg Unterhaching. Ulm were in fifth place when Rangnick was sacked.

On 3 May 1999, Rangnick took control of VfB Stuttgart, for the final five games. who would finish the 1998–99 season in 11th place. He won two out of the club's five final matches. His first match was a 2–0 loss to Bayern Munich. Rangnick was now first-team coach at the club he had served as a player and coached at amateur and youth level previously. His first full season in the Bundesliga in 1999–2000 saw the club finish a respectable eighth, but the following season was much tougher. Despite making the semi-finals of the DFB-Pokal and the round of 16 in the UEFA Cup (via the UEFA Intertoto Cup), Stuttgart's Bundesliga form was mediocre and they were sat in the relegation zone by the halfway point. After their European exit in February 2001, Stuttgart fired Rangnick. His final match was 2–1 loss to Celta de Vigo in the UEFA Cup on 22 February 2001. Stuttgart were in 17th place at the time of his sacking. Rangnick finished with a record of 36 wins, 16 draws and 34 losses.

The next season brought a new post, as Rangnick took over 2. Bundesliga side Hannover 96 on 23 May 2001. His first match was a 1–1 draw against Union Berlin on 30 July 2001. His first season was a complete success as they romped home as champions and were promoted back to the Bundesliga after a 13-year absence. Their first season back at the top level saw them consolidate with an 11th-place finish, but, as their form nosedived in the second half of the 2003–04 season, Rangnick was fired following a 0–1 defeat at Borussia Mönchengladbach in March 2004. Hannover were in 15th place at the time of his sacking. Rangnick finished with a record of 44 wins, 22 draws and 32 losses.

After missing out on the assistant role in the Germany national side to Joachim Löw, Rangnick was hired by Schalke 04 on 28 September 2004, after Jupp Heynckes left just weeks into the 2004–05 season. Rangnick again tasted European action as the club had earned a UEFA Cup spot via the UEFA Intertoto Cup. His first match was in the UEFA Cup. Schalke won 4–0 against Metalurgs Liepājas. He led them through the group phase, but they exited in the knockout rounds to Shakhtar Donetsk. However, the DFB-Pokal was to prove more successful, as Rangnick took the club to the final, where they fell 2–1 to Bayern Munich. Bayern would also pip Rangnick's side in the league as Schalke ended as runners-up.

The next season started well, with Rangnick exacting revenge over former club VfB Stuttgart by defeating them 1–0 to lift the 2005 DFL-Ligapokal. Their second-place league finish of the previous year had also qualified them for the 2005–06 UEFA Champions League, Rangnick's first entry into the prestigious competition. However, the team would fail to progress beyond the group stage, and sat ten points off the pace in the Bundesliga, as well as having crashed 0–6 in the DFB-Pokal to Eintracht Frankfurt. Shortly before the winter break, these results prompted the club to fire Rangnick on 12 December 2005. He finished with a record of 36 wins, 15 draws and 14 losses.

Rangnick had to drop down the divisions for his next club, as he moved to 1899 Hoffenheim of the Regionalliga Süd for the 2006–07 season. His first match was a 2–2 draw against 1860 Munich II on 5 August 2006. Again, he proved himself adept at this level, as the team instantly won promotion and played the 2007–08 season in the 2. Bundesliga for their first time in their history. The stay in the 2. Bundesliga was short, as a second-place finish for Hoffenheim in 2007–08 earned the club, and Rangnick, promotion to the Bundesliga for the 2008–09 season. They also reached the quarter-finals of the DFB-Pokal. During the 2008–09 season, Hoffenheim reached the second round of the DFB-Pokal. In the first half of the season, Hoffenheim won 35 out of 51 available points, however in the second half, the club won only 20 out of 51 points to drop down to seventh place. During the 2009–10 season, Hoffenheim reached the quarter-finals of the DFB-Pokal. Hoffenheim finished in 11th place in the Bundesliga. On 2 January 2011, Rangnick resigned as head coach of Hoffenheim, citing the sale of midfielder Luiz Gustavo to Bayern Munich, of which he had not been informed, as his reason for resigning from the club. Rangnick's final match was a 2–0 win against Borussia Mönchengladbach on 21 December 2010 in the DFB-Pokal. Hoffenheim were in eighth place when Rangnick left the club. Rangnick finished with a record of 79 wins, 43 draws and 44 losses.

In March 2011, Rangnick was named as the replacement for Felix Magath as manager of Schalke 04. His first match was a 2–0 forfeit win against FC St. Pauli on 1 April 2011. Just weeks after being named the new Schalke manager, Rangnick led his old club to their first UEFA Champions League semi-final by defeating holders Inter Milan 7–3 on aggregate. However, Schalke were eliminated by Manchester United in the semi-finals.

Schalke began the 2011–12 season by defeating Borussia Dortmund in a shootout in the 2012 DFL-Supercup. On 22 September 2011, Rangnick stepped down as Schalke's manager due to exhaustion syndrome, stating he did not have "the necessary energy to be successful and to develop the team and the club". He finished with a record of ten wins, three draws and ten losses.

On 16 May 2016, RB Leipzig announced that the then-manager of Bundesliga club FC Ingolstadt, Ralph Hasenhüttl, would take over from Ragnick. Rangnick finished with a record of 21 wins, 7 draws and 8 losses. 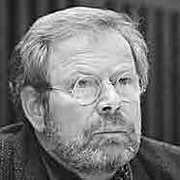 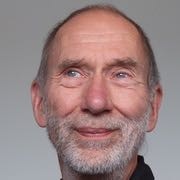 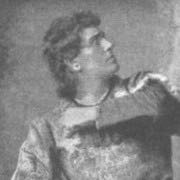