Rake Yohn (born Edward Carl Webb; January 20, 1975 and sometimes stylized as 'Rakeyohn') is a member of the CKY Crew and a regular in the CKY Videos, MTV's Viva La Bam and Jackass.

Yohn was born in West Chester, Pennsylvania. He attended Penn State University, graduating in 1997 with a BS in Chemistry, and is now a chemist specializing in synthetic materials. He is the older brother of Art Webb, an occasional CKY Crew member. He is known for his long hair, love for metal, and strong dislike of mustard.

Rake Yohn's face is on the cover of CKY2K as well as the cover of the 1999 re-issue of CKY's Volume 2 album. The image was also used on a limited edition Tech Deck released exclusively for the game Tony Hawk's Pro Skater 3. On the CKY DVD, Infiltrate•Destroy•Rebuild: The Video Album, Yohn complained that "his face was on DVDs, shirts and Tech Decks, and he hasn't seen a dime for any of them."

The history of the CKY crew according to Rake:

In 2012 Rake featured as a voice over in the video game Trials Evolution. 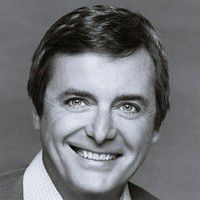