Rajeev Kumar Varshney is a geneticist or genomicist with a research experience of >20 years in the area of international agriculture. He is currently working as global Research Program Director–Genetic Gains that includes several units viz. Genebank, Pre-Breeding, Cell, Molecular Biology & Genetic Engineering, Genomics & Trait Discovery, Forward Breeding, Seed Systems and Biotechnology- ESA at the International Crops Research Institute for the Semi-Arid Tropics (ICRISAT), Patancheru, India. He is Founding Director for Center of Excellence in Genomics at ICRISAT and a Winthrop Research Professor with The University of Western Australia.
Before heading the Research Program Genetic Gains, he served/serving ICRISAT in various capacities including Research Program Director- Grain Legumes (2013-2016), Principal Scientist- Applied Genomics (2008- to date), Senior Scientist (2005- 2008). He also worked with CGIAR Generation Challenge Programme (GCP), hosted at CIMMYT, Mexico as Theme Leader - Comparative and Applied Genomics (CAG) from 2007-2013.
Varshney has research experience in the area of crop genomics and molecular breeding. He has interest in development and application of genomic tools and strategies for applied breeding of the legume and cereal crops of the semi-arid tropics.

Varshney received his bachelor's degree (B.Sc. Honours) in Botany and master's degree in Botany (Genetics, Plant Breeding and Molecular Biology) from the Aligarh Muslim University, Aligarh in 1993 and 1995, respectively. He then joined the laboratory of Professor P K Gupta at Chaudhary Charan Singh University, Meerut and earned doctoral degree (PhD) in 2001 in Agricultural Botany (Molecular Biology) based on work done on a Wheat Biotechnology Project sponsored by Department of Biotechnology, Government of India.

After receiving PhD degree, Varshney took up an assignment of Wissenschaftlicher Mitarbeiter (Research Scientist) in 2001 at Leibniz Institute of Plant Genetics & Crop Plant Research (IPK), Gatersleben, Germany. He worked there for five years in the area of structural and functional genomics of barley and comparative genomics of cereals. He then accepted the assignment of Senior Scientist for Applied Genomics at ICRISAT in late 2005. While working at ICRISAT, he took up a half time appointment with Generation Challenge Programme, hosted at CGIAR CIMMYT, as SubProgramme Leader for SubProgramme 2- Genomics towards Gene Discovery in 2007. He was promoted to the position of Principal Scientist (Applied Genomics) at ICRISAT in 2008. He had a dual appointment with ICRISAT as Principal Scientist and GCP as SubProgramme Leader from 2007- 2013. In 2010, he was appointed as Adjunct Professor - Plant Biology in The University of Western Australia. In 2012, he was conferred Visiting Professorship at Guangdong Academy of Agricultural Sciences, China and Adjunct Professorship at Beijing Genomics Institute Hong Kong. In August 2013, he assumed responsibilities as Research Program Director, Grain Legumes at ICRISAT and since February 2016, Varshney is serving ICRISAT as Global Research Program Director, Genetic Gains.

Based on his research contribution, he has received several awards/ fellowships such as:

Varshney has made scientific contributions including following:

Service to the scientific community

Amongst several high-level meetings related to international agricultural research, Varshney presented in: (i) G8 International Conference on Open Data for Agriculture on Open Data in Genomics and Modern Breeding for Crop Improvement, organized by US and UK Governments on behalf of G8 countries in the World Bank during April 29–30, 2013, (ii) a brainstorming session on Digital Revolution for Agriculture in the Bill & Melinda Gates Foundation chaired by Mr Bill Gates in July 2012, and (iii) a brainstorming session for developing the road map on use of genome sequence for pigeonpea improvement organized and invited by the then Secretary, Ministry of Agriculture & Farmers Welfare, Government of India in December 2011.

Service to the scientific community 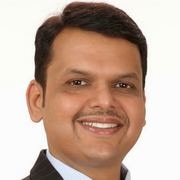 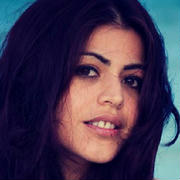 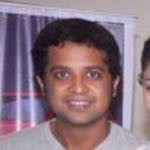 A prominent Marathi saint and religious poet in the Hindu tradition in Maharashtra, India 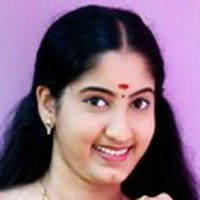