Raj Thackeray resigned from his uncle's party in January 2006 and announced his intention to start a new political party. On 9 March 2006 in Mumbai, Thackeray founded party named "Maharashtra Navnirman Sena". At the time of the party's foundation, Thackeray stated that he does not want to have hostilities with his uncle who "was, is and always will be (his) mentor".

In February 2008 Raj Thackeray led a violent movement against the dominance of migrants from the North Indian states of Uttar Pradesh and Bihar in Maharashtra and more so in its commercial capital of Mumbai.

His party and Shiv Sena banned Australian cricketers participating in IPL 3 from playing in Mumbai as a protest against the attack on Indian students down under. At a rally in Shivaji Park, Raj warned that if the dadagiri (intimidating dominance) of these people in Mumbai and Maharashtra continued, he would be compelled to make them leave the metropolis. Raj was arrested along with a Samajwadi Party leader, Abu Azmi, but was released on paying a penalty of ₹15,000 (US$220).

In July 2008, Raj issued a public warning that Mumbai shops needed to have Marathi signboards in addition to the existing English signboards. He warned that after one month, MNS workers would start blackening non-Marathi signboards. While there had been a law to this effect passed earlier by Brihanmumbai Municipal Corporation, it had not been enforced. In September 2008, MNS workers resorted to blackening signboards, to enforce the demand, after which most shop owners complied. Six MNS workers were arrested but later released on bail.

Jaya Bachchan, veteran actor and MP of Samajwadi Party, during the Music launch of the Hindi film Drona, said 'Hum UP (Uttar Pradesh) ke log hain, isliye Hindi mein baat karenge, Maharashtra ke log Maaf Kijiye' (We are people of UP, so we will speak in Hindi. People of Maharashtra, please excuse). Thackeray commented that she had no business alluding to all the people of Maharashtra in that statement. He threatened to ban all Bachchan films unless Jaya apologised in a public forum for hurting Maharashtrians. MNS workers began to attack theatres featuring films affiliated to her.It was only after Amitabh tendered an apology that the screening resumed. Following Raj's threat, Mumbai police acted against Raj, issuing a gag order preventing him from speaking to the media.

In October 2008, Jet Airways laid off 800 temporary workers and announced layoffs of an additional 1100 workers. The laid-off workers included Marathi as well as North-Indians. Thackeray was asked to intervene. Following this, Raj Thackeray declared that most of these workers had paid security deposits to the company, and he would meet Jet management to plead their case. Unless Jet Airways cancelled the layoffs, his party would not allow any Jet Airways plane to take off from any airport in Maharashtra. Within 12 hours of Raj Thackeray's declaration, Jet chairman Naresh Goyal reversed the layoffs and reinstated the sacked employees. He said that he did it on his own and that there was no political pressure on him.

On 2 October 2009, MNS workers disrupted the screening of the film Wake Up Sid on its release in a few Pune and Mumbai theatres, after Raj objected to references in the movie to "Bombay" rather than "Mumbai". The city of Mumbai was referred to as "Bombay" in many scenes and in some songs (lyrics by Javed Akhtar). The film's producer, Karan Johar, visited Raj's residence to apologise, and agreed to all of Raj's terms, including an apology on each of the 700 frames in the film.

In Dec 2011, Raj Thackeray meeting a group from MES (Maharshtra Ekikaran Samiti) advised them that they should revisit their stand of merging Belgaum with Maharashtra in the interest of marathi speaking people of Belgaum. In a major departure from the earlier held stand of traditional right wing groups of Maharashtra, Raj Thackeray pointed out that a practical approach rather than an emotional one is the need of the hour. However, he advocated that if the supreme court itself gives a decision in favor of Belgaum's merger, he would welcome it but the local situation in belgaum should not be vitiated for the sake of it. He asked the MES leaders to first identify the real issue as to whether marathis in belgaum are being targeted for espousing the cause of Marathi language or because they were supporting the merger of Belgaum with Maharashtra. Lamenting that strikes and bandhs only add to the misery of the Marathi-speaking community in Belgaum, Thackeray said: "If the Karnataka government is ready to respect the Marathi people, their culture and language, then there is nothing wrong in Belgaum being there." His comments were strongly criticized by his cousin Uddhav as a cruel joke on the marathi manoos.

Raj Thackeray and his party, Maharashtra Navnirman Sena, state that Maharashtra State, Marathi language and Marathi Manoos are subverted by the influence of Marathi politicians. He has opposed immigration into Maharashtra from Uttar Pradesh and Bihar.

Thackeray and his party have been criticized for use of violence during their agitations, especially directed towards immigrants from UP and Bihar. On use of violence, Thackeray says that violence is a part of all agitations in Indian politics, and there are several cases of much more violence carried out by other parties and organisations. According to him, the incidences of violence involving members of his party have been unduly highlighted by North Indian politicians and journalists.

Thackeray has praised former Gujarat Chief Minister and Prime Minister of India, Narendra Modi for his governance, and the development of Gujarat during his tenure as chief minister. He has also expressed support for Modi for the post Prime Minister for the 2014 Lok Sabha elections.

Raj reproached North Indian leaders for politicizing Chhath Puja, a festival popular in eastern Uttar Pradesh, Bihar, and Jharkhand calling it a "drama" and a "show of numerical strength". He stated that the Chhath Puja was a political gimmick by some parties to attract the north Indian vote. He demanded that they only celebrate Maharashtra day and not it in Maharashtra. A petition was filed in the Patna civil court on 8 February against him for his remarks. His statements were criticised from political leaders, especially those from the North Indian states. He accused migrants of swamping Maharashtra, India's most industrialised state, in search of jobs. The MNS chief also accused migrants of disrespecting the local culture. On 9 February, expressing his stance on new migrants settling in Mumbai, Raj said, "New immigrants to the city should be denied entry into the city, while those already staying here should show respect to the Marathi 'manoos' and his culture".

Raj is married to Sharmila Wagh, daughter of Marathi Cinema Photographer, producer-director Mohan Wagh. They have one son named Amit Thackeray and one daughter Urvashi Thackeray. 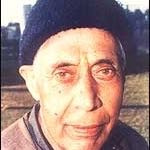