Raj Kundra is a British businessman who has had various investment interests, including both cricket and mixed martial arts. He is married to Shilpa Shetty, a Bollywood actress in 2009.

Raj Kundra's father was a Punjabi who migrated from Ludhiana and became a bus conductor in London before running a small business. His mother worked as a shop assistant.

Kundra was born and raised in London. As of 2009, Kundra was Chief Executive Officer of Essential General Trading LLC, which was described in a press release as being "a Dubai-based international trading company dealing in precious metals, construction, mining and green renewable energy projects". He was also at that time involved in the financing and production of Bollywood films.

Kundra has been married twice, first to Kavita Kundra, with whom he had a daughter, and then on 22 November 2009 to the Bollywood actress Shilpa Shetty. Kundra and Shetty have a son, born on 21 May 2012.

Kundra is involved with a charitable organisation called the Shilpa Shetty Foundation. His book titled How Not to Make Money was published in 2013.

As of 2013, Raj Kundra was associated with Groupco Developers, a real estate firm that operated in eight Indian cities, Ashwini Steel, which made mild steel from scrap, TMT Global, which claimed to predict stock prices, Essential Sports and Media which was involved with production and distribution apart from sports, and Iconic Investments, which claimed to be a private fund trading in equity markets. Other ventures included Gold Gate Trading, which described itself as a trade and investment firm based in Dubai.

In 2015, Kundra was among the promoters of online and television broadcast platform Best Deal TV, an Indian television home shopping channel capitalising on celebrity endorsements. His co-promoter was Bollywood actor Akshay Kumar.

In 2009, Kundra and Shetty invested in the Indian Premier League cricket team Rajasthan Royals using an offshore company based in Mauritius as the vehicle for doing so. The couple hoped to use Shetty's image and status as a "global brand" as a means of boosting the image of the team through merchandising and media exposure, as well as attracting sponsors. The legality of the investment was questioned by departments of the Government of India.

In June 2013, Kundra was questioned by Delhi Police with regard to the 2013 Indian Premier League spot-fixing case, which had involved the arrest of some Rajasthan Royals players. Kundra admitted that he had bet on his own team and lost huge amounts in doing so. In July 2015 a panel appointed by the Supreme Court of India imposed a life ban from cricket-related activity on him. In 2018, Kundra denied that he had done anything wrong and said that he was to appeal the ban at the Supreme Court of India. He and his wife had to sell their stake in the business following the ban.

Kundra has previously had to shut down two ventures related to online poker and stock games. The former was closed in December 2016 when it became clear that his claims that it was endorsed by people such as Shane Warne and Shahid Kapoor were false. This followed the stock games closure in September of that year, which was due to queries being raised by the Securities and Exchange Board of India regarding its legality. Following these setbacks, in 2017, Kundra entered into a partnership with the International Federation of Poker, using his Viaan Industries business as a vehicle.

The contents of this page are sourced from Wikipedia article. The contents are available under the CC BY-SA 4.0 license.
View Raj Kundra 's image gallery
Image Gallery 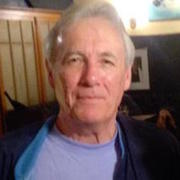