Rainer Bonhof (born 29 March 1952 in Emmerich am Rhein, North Rhine-Westphalia) is a former German footballer. He was a defensive midfielder or wing-back.

Bonhof, a midfielder, was part of the highly successful Borussia Mönchengladbach side of the 1970s winning numerous Bundesliga, German Cup and UEFA Cup titles. He was widely recognized for having one of the game's hardest free-kicks as well as long and precise throw-ins. Former Liverpool goalkeeper, Ray Clemence, in 1977 following a European Cup tie between the Reds and Borussia Mönchengladbach, admitted he feared Bonhof's shots and apparently with good reason. During the spring of 1978, Clemence was beaten twice by Bonhof from nearly identical locations at the club and international level respectively. Bonhof was awarded the ARD Goal of the Month on three occasions, twice for free-kicks and once for a 30-metre strike. He scored 14 goals in Europan cup competitions and amassed 57 goals in the West German top-flight.

He won his first of 53 caps in 1972. Bonhof became (at that time) Germany's youngest World Champion on 7 July 1974 following his team's 2–1 win over the Netherlands in Munich's Olympiastadion at the 1974 FIFA World Cup. Bonhof assisted Gerd Müller's winning goal. He was a fixture in the West German national team from the World Cup onward. He was one of the best players in the 1976 European Championship, assisting four of the six West German goals in the semi-final and final. He played in every match of the 1978 FIFA World Cup when West Germany was eliminated in the second round following a 2–3 defeat at the hands of their historic rivals Austria. He continued to play an important role in the national team following his transfer to Valencia. His move and that of Uli Stielike prompted the DFB to remove their ban on selecting foreign based players for the national team. He played a role in qualifying for the 1980 European Championships and was selected for the squad but injuries kept him from making an appearance during the West German victory. His last appearance for the national team came in a 1–4 defeat at the hands of Brazil, and in spite of a strong Bundesliga campaign for 1. FC Köln in 1981–82 he was not selected to return to the national team.

From 1980 until 2012 Bonhof was the only player winning the European Championships twice, although he did not play a single game in either the 1972 or 1980 finals. He now shares the record with 12 players from the Spain national team who won back-to-back gold medals in 2008 and 2012. He still remains the most decorated player in the history of the European Championships with two gold and one silver medal.

His playing career was abruptly ended by an ankle joint injury in 1983.

Bonhof went on to coach. He received his formal license in 1988, and has coached several teams. Bonhof was coach of Borussia Moenchengladbach in the late 1990s, but the team was relegated from the Bundesliga. He was appointed manager of the Scotland under-21 team in 2002, joining the Scotland national team setup some months after countryman Berti Vogts has been appointed Scotland manager. Bonhof was the first full-time manager of the Scotland under-21 team. The team enjoyed initial success under Bonhof, winning an away qualifier against Germany and progressing to the qualifying playoffs for the 2004 European Championship. Scotland lost in the playoffs on aggregate to Croatia. Bonhof continued as Scotland under-21 manager after Vogts resigned as national team manager in November 2004, but resigned in November 2005 after the team went on a run of 14 games without a victory. Bonhof had helped Darren Fletcher and James McFadden progress to the full national team.

On 1 September 2006, Bonhof signed a contract with recent FA Premier League winners Chelsea to become their scout for the scopes of Germany and Austria. The contract was a rolling deal, allowing either Chelsea and Bonhof to break it up any time. The deal between Chelsea F.C. and Bonhof ended because of the club's high debts. Bonhof left London on 31 October 2008.

On 11 February 2009, he was named as the new vice president of Borussia Mönchengladbach. 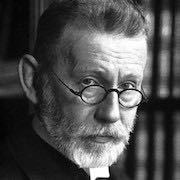