The son of an engineer with the Maharashtra State Electricity Board, Vaidya grew up in Mumbai, where he studied music under Himanshu Manocha and entered various child talent competitions. While he was a Second Year Junior College student in Mithibai College, he participated in Indian Idol. He also participated in "aao jhoomein gaayein" in his boyhood. A very talented singer who has been a part of many shows since his childhood.

He finished third on the first season of Indian Idol. Although he was hotly tipped to win, Rahul faced his defeat in the penultimate round, on 18 February 2005. Eight months later, he released his debut album Tera Intezar. Sajid-Wajid composed the music for his debut album. He also sang a duet, "Hello Madam, I am your Adam", with fellow Indian Idol runner-up Prajakta Shukre, and "God Promise Dil Dola" with Shreya Ghoshal in the Bollywood film Shaadi No. 1. He has also sung the title song of drama "Ek Ladki Anjaani Si" which airs on Sony Entertainment Television. Other than that Rahul has performed in live shows and concerts in the United States, Bangladesh and The Maldives.

Rahul was the male anchor of the popular show "Jhoom India" on Sahara and was a playback for several films, such as Shaadi No. 1, Jigyaasa, Hot Money, and Krazzy 4.

Rahul won the title of Jo Jeeta Wohi Superstar, a reality singing show on Star Plus.Rahul would be back in the show to cheer the top 4 contestants in Grand Finale.

Rahul has performed for the famous sankalp group,Mumbai in 2010 for navratri replacing Falguni pathak.

In 2013 Vaidya sung "Be Intehaan"(Unplugged Version) from Race 2.

Now, Rahul is all set to release a single in April 2014 with popular Punjabi/Hindi rapper BADSHAH.

In 2014 Rahul Came up with a 'summer party anthem of the year Fan (single), which became a hit on YouTube.

He is the host of the dance show "Aajaa Mahi Vay" with his co-host Vinit Singh who was his good friend during the show Jo Jeeta Wohi Superstar which was won by Rahul Vaidya. 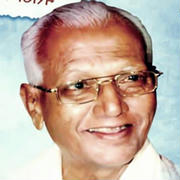 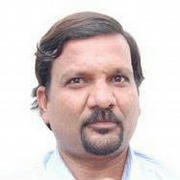