Ragne Veensalu was born Tallinn. She is the daughter of Kaido Veensalu and Siiri Veensalu (née Lillemägi) and has one sister. She was a 2011 graduate of University of Tartu Viljandi Culture Academy, majoring in acting.

In 2012, Veensalu has been engaged at the Von Krahl theatre in Tallinn. Significant roles at the Von Krahl have been in works by Shakespeare, Fyodor Dostoyevsky, Henrik Ibsen, Federico García Lorca and Sarah Kane.

Veensalu made her film debut in a starring role as Ann in the 2007 Rainer Sarnet-directed drama Kuhu põgenevad hinged (English release title: Where Souls Go); the film explores the emotional problems caused when a teenage girl's little brother is born with a congenital heart condition. In 2011, she played the prominent role of Aglaja in the Rainer Sarnet-directed Idioot; an adaptation of Fyodor Dostoyevsky's The Idiot. In 2012, she appeared in the Rain Tolk and Andres Maimik-directed comedy film Umbkotid.

Beginning in 2015, she became a permanent cast member of the popular TV3 comedy-crime series Kättemaksukontor as the character Luna Haab.

The contents of this page are sourced from Wikipedia article on 24 Jun 2020. The contents are available under the CC BY-SA 4.0 license.
View Ragne Veensalu 's image gallery
Image Gallery

President of the International Longshoremen's Association from 1963 to 1987 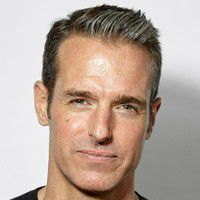