Raffaëla Paton (born June 1, 1983) is a Dutch singer of Surinamese descent and the winner of the 2006 Dutch talent show Idols. Paton recently participated in the Netherlands national selection for the Eurovision Song Contest 2012 in Baku, Azerbaijan with her entry Chocolatte.

Paton moved to Assen when she was a little girl. Her mother was a famous singer in Suriname. Paton's aunt is Ruth Jacott, also a famous Dutch singer who represented the Netherlands in the Eurovision Song Contest of 1993. Before she participated in Idols, she worked as a hostess in a restaurant in Emmen.

March 11, 2006 was a big day for Paton; The grand finale of "Idol 2006", the Dutch adaption of the hit reality TV show Pop Idol. Paton won Idols with 58% of the total votes, beating favourite Floortje Smit. After the show, RTL 4, the broadcaster of Idols, reported that Floortje was winning the contest, until Paton sang "Right Here, Right Now (My Heart Belongs to You)", which was going to be the debut single of the winner of Idols. The song is a cover of Agnes Carlsson, the Swedish Pop Idol.

On April 21, 2006, Paton's debut album Raffaëla was released. The album contains 12 songs she sang during her Idols career and two new songs about pregnancy. The album debuted at #1 in the Dutch Album Top 100.

After a time off to care for her daughter, Paton reappeared as one-third of girlgroup Monroe. Their single "The Real Thing" peaked at #40 on the Dutch Singles Chart, and then dropped again.

After this, Paton decided to prove herself again in the TV smash The Voice of Holland, where she reached the liveshows and became part of the final 24 contestants. She was mentored by Jeroen van der Boom.

In The Voice of Holland

Paton also auditioned for the inaugural season 1 of the Dutch reality television show The Voice of Holland. In day 3 of the vblind auditions, she sang "Mercy from Duffy with three of the four chairs turning (Jeroen van der Boom, Nick & Simon and Roel van Velzen and she picked to be on Team Jeroen.

In the battle round, Jeroen faced her with Anne Schellekens both singing "Beautiful Liar" and passed to the live shows where she sang "Bad Romance" and was saved by the public vote. In live show 6 she sang "The Way You Make Me Feel" but was eliminated finishing 13th to 16th overall.

Paton participated in the Nationaal Songfestival 2012, the Netherlands national selection for the Eurovision Song Contest 2012 in Baku, Azerbaijan with her entry "Chocolatte".

She lost the duel against Joan Franka with her song "You And Me" who then advanced to the final round and won the right to represent the country. Franka and her have known each other before as they have both participated on The Voice of Holland. 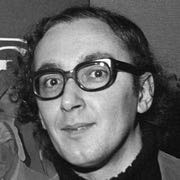