Rafael Serrano Quevedo (born 9 August 1966) is a Spanish financier and entrepreneur. As the Chief Executive of Prime Investors Capital, Serrano purchased the lease to Admiralty Arch, a landmark London building, and led the funding and development of the Bulgari Hotel and Residences in Knightsbridge. In August 2013, PIC was granted full planning permission by Westminster City Council to restore and convert Admiralty Arch into a 100-room hotel, residences and private members' club.

Rafael Serrano Quevedo was born 9 August 1966 in Madrid, Spain. During his higher education, he earned a Postgraduate Certificate in Finance and Investment Portfolio from London Business School, a Diploma in Business and Management from Oxford University, and then a Master of Arts with Honours from University of Madrid’s Faculty of Law.

Serrano started his career in 1991 at JP Morgan as an Investment Banker in Capital Markets and International Fund Management. Serrano then spent three years in London before moving to the offices on Wall Street, New York. On his return to the UK in 2002, he became the Managing Director of Focus Investment Group, Europe, an investment management company. From 2005 to 2008, Serrano was the Vice-Chairman of the British Red Cross Ball Committee.

In 2009, Serrano became the Founder and CEO of Prime Investors Capital (PIC) Limited, an investment management company focusing on Finance, Private Equity and Property. A number of the projects have been reported in the media. Namely, the BVLGARI Hotel and Residences in Knightsbridge.

Admiralty Arch, driving from Buckingham Palace, in the Mall

Admiralty Arch is the first major building to be sold by the Government, as part of austerity measures to rationalise their property portfolio and raise funds for the Exchequer. Originally designed by Sir Aston Webb and built by John Mowlen & Co in 1912 in memory of Queen Victoria, the building has been the recent home of the Cabinet Office. It was previously the address of the First Sea Lord and high ranking naval officers.

The development of the Admiralty Arch into a Luxury Hotel, Serviced Residences and Private Members' Club is prominently featured on the current website of the commercial redevelopment.

The Instituto Cervantes in London

In November 2012, Serrano was named in the top 1000 most influential Londoners by the Evening Standard newspaper, and of those ranked within the top 30 property developers alongside the Duke of Westminster and Emir of Qatar. Serrano is also a member of the Investment Property Forum. In early 2014, Rafael Serrano acted as the initiator and adviser for the sale and completion of the lease for the Kingdom of Spain concerning the Spanish Institute of Cervantes in London.

Rafael Serrano is an advisory member of the William Pitt Group of Chatham House, The Royal Institute of International Affairs. He is also a member and supporter of the British Spanish Society in the UK and The Georgian Group. Originally from Madrid, Spain he now lives in London with his wife and two children, Maxi and Maria Mia. 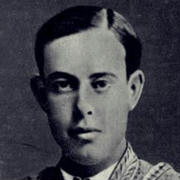