Days after recording his 3,000th hit, Palmeiro was suspended for testing positive for an anabolic steroid.

Palmeiro was born in Havana, Cuba and graduated from Miami Jackson High School in Miami, Florida. Although he was drafted by the New York Mets in the 8th round of the 1982 draft, he did not sign.

Palmeiro was recruited by Ron Polk and enrolled at Mississippi State University, where he played college baseball for the Bulldogs in the Southeastern Conference (SEC). He is the only SEC player to have ever won the triple crown. A teammate of Will Clark, the two were known as "Thunder and Lightning". Clark and Palmeiro were known to dislike each other, dating back to their time at Mississippi State. On June 11, 1985, Palmeiro signed with the Chicago Cubs as the 22nd pick in the 1st round of the 1985 draft.

Palmeiro debuted on September 8, 1986 in a game between the Chicago Cubs and Philadelphia Phillies at Wrigley Field, as a left fielder. During his tenure with the Cubs, he normally played left field, though occasionally he would play other outfield positions or first base. Palmeiro was the runner up to National League batting champion Tony Gwynn in 1988 with a .307 batting average, only six points below Gwynn's. During that year rumors spread about a relationship between Palmiero and Ryne Sandberg's wife, Cindy. This led to issues in the locker room and after the 1988 season, Palmeiro was traded by the Cubs to the Texas Rangers along with Jamie Moyer and Drew Hall in exchange for Mitch Williams, Paul Kilgus, Steve Wilson, Curtis Wilkerson, Luis Benitez, and Pablo Delgado. Palmeiro in a Spring training game for the Baltimore Orioles against the Boston Red Sox, 2005.

Upon moving to the American League, Palmeiro was primarily used as a first baseman or designated hitter. Palmeiro blossomed as a hitter while with the Rangers, leading the league in hits in 1990 and doubles in 1991. In 1990, he was third in the American League in batting. In his contract year, 1993, he hit a then career high of 37 home runs. Despite that fact, he left the Rangers for the Orioles after they signed ex- Mississippi State teammate Will Clark. He was offered a 5 year, $26,000,000 deal but he rejected it. Instead of getting a better deal, they signed Will Clark instead, causing Palmiero to call him a "low life", though he later apologized for saying that.

Palmiero signed a 5 year contract, worth more than $30,000,000. In his first season as an Oriole, Palmiero hit 23 home runs, a season that was abbreviated due to a Work Stoppage. Prior to Palmeiro's 1995 season, he had hit more than 30 home runs only once (37 in 1993). Starting in 1995, Palmeiro began a streak of 38+ home run years that continued through the 2003 season. He hit 373 home runs during this nine-season span, while also driving in over 100 runs in each of these seasons. However, Palmeiro never led the league in home runs, and is history's most prolific home run hitter to have never won the home run crown. That season, he led the team in home runs, batting average, and runs batted in. The next season, he hit 39 home runs and batted in 142 runs and helped the Orioles qualify for the postseason for the 1st time since The Orioles won the World Series in 1983. The next season, he hit 38 home runs and helped the O's win their division for the first time since 1983 (the year before, they qualified for the postseason by virtue of the wild card). They also won their first postseason series since then before Losing to the Cleveland Indians in the ALCS. This would be the last time the Orioles would make the playoffs until 2012 and last time they would win a division title until 2014. The next season, his last with his first stint with the Orioles, he hit 43 home runs, to lead the team for the 4th time.

Palmiero was offered a 5 year, $50,000,000 deal to stay with the Orioles, but instead agreed to a 5 year, $45,000,000 contract to return to the Rangers in 1999, citing a desire to be close to family (he remained in the Dallas area, where the Rangers play, during his time with the Orioles). He helped the Rangers win their division his first season, but they would finish last place the remaining four seasons. Palmiero's was on of the few bright spots for the Rangers from 2000-2003, when he left the Rangers to re join the Orioles

On May 11, 2003, Palmeiro hit his 500th home run off David Elder in a game against the Cleveland Indians.

Palmiero re-signed with the Baltimore Orioles in 2004, on a 1 year, $4,000,000 contract. In his press conference, he claimed he was "a little bit older, a little bit wiser". He also said he didn't want to retire until he rejoined the Orioles and if he was inducted to the Hall of Fame, he would do so as an Oriole. His power fell significantly his first season back with the Orioles, as he hit "only" 23 home runs, the least in a non shortened season since 1992. Entering 2005, he was just 78 hits shy of 3,000. He hit his 563rd home run that season, passing Reggie Jackson on the all time list. Just a few weeks later, on July 15, Palmeiro joined Hank Aaron, Willie Mays, Alex Rodriguez, and Eddie Murray as the only players in major league history to get 3,000 hits and 500 home runs. Not long after his achievement, Palmiero was suspended 10 days for testing positive for steroids. He claimed he received a tainted vitamin b12 shot from Miguel Tejada. Upon returning, he only played a few more games. He was booed by the home fans. He was sent home due to a nagging injury, but was told to stay home – largely because of his attempt to implicate his teammate. As of April 2016, he has yet to return to Baltimore.

On September 17, 2015, it was announced that Palmeiro would sign with the Sugar Land Skeeters of the Atlantic League of Professional Baseball to play alongside his son, Patrick Palmeiro. He started for the first time for the Skeeters on September 18, 2015. Skeeter fans quickly gave him the nickname "The Saccharin Slugger."

Because most of Palmeiro's home runs came with the Rangers and Orioles, he is one of only four players in history to hit at least 200 home runs for two different clubs.

Palmeiro played in 2,831 major league games, the most by any player who never played in the World Series.

Palmeiro won three straight Gold Glove awards as a first baseman in the American League from 1997–1999. His 1999 award was highly controversial because Palmeiro had played just 28 games at first base, compared to 128 games as the designated hitter.

Palmeiro became eligible for induction into the Baseball Hall of Fame in 2011. He received 64 votes, or 11.0 percent of total ballots cast; the threshold for entry is 75 percent. According to Barry M. Bloom on Major League Baseball's official website: "Palmeiro should have been a sure-fire first-ballot inductee, as a member of the 500-homer, 3,000-hit club, but was suspended in 2005 after testing positive for steroid use. He received only 11 percent of the vote.". On January 8, 2014, Palmeiro received insufficient support to remain on the HOF ballot in future years, when he received only 25, or 4.4% of votes.

Former Rangers teammate José Canseco identified Palmeiro as a fellow steroid user in his 2005 book, Juiced: Wild Times, Rampant 'Roids, Smash Hits & How Baseball Got Big, and claimed he personally injected Palmeiro with steroids. On March 17, 2005, Palmeiro appeared at a Congressional hearing about steroids in baseball and, while under oath, denied ever using steroids and stated, "Let me start by telling you this: I have never used steroids, period. I don't know how to say it any more clearly than that. Never."

On August 1, 2005, Palmeiro was suspended for ten days after testing positive for a steroid. The Washington Post reported that the steroid detected in Palmeiro's system was a "serious" one. According to The New York Times, Palmeiro tested positive for the potent anabolic steroid stanozolol. In a public statement, Palmeiro disclosed that an appeal of the suspension had already been denied. He released a statement saying, "I have never intentionally used steroids. Never. Ever. Period. Ultimately, although I never intentionally put a banned substance into my body, the independent arbitrator ruled that I had to be suspended under the terms of the program." According to Palmeiro, all of his previous tests over the two years including the 2003 sealed test were negative, and a test he took just three weeks after his positive test was also negative. The House Government Reform Committee would not seek perjury charges against Palmeiro, although they were not clearing him.

Palmeiro returned to Camden Yards following his 10-day suspension on August 11, 2005, although he did not play in the lineup until August 14. Coincidentally, this was the date that had been planned as "Rafael Palmeiro Appreciation Day" in celebration of his 500-home run, 3,000-hit milestone. It was canceled after Palmeiro's suspension. The Baltimore Sun reported that Palmeiro never offered an explanation for his positive test to the MLB arbitration panel, which ran contrary to his public statements. ESPN later reported that Palmeiro implicated Miguel Tejada to baseball's arbitration panel, suggesting a supplement provided to him by Tejada was responsible for his positive test. This supplement was supposedly vitamin B12, though it could have been tainted. Tejada and two unnamed teammates provided B12 samples to the panel, which did not contain stanozolol. However, the committee did say they found "substantial inconsistencies between Mr. Tejada's accounts and the accounts of players A and B." Tejada, who said he received shipments of B12 from the Dominican Republic, was later implicated for steroid use in the Mitchell Report.

Palmeiro continues to strongly deny ever having used steroids intentionally, telling The Baltimore Sun in June 2006, "Yes sir, that's what happened. It's not a story; it's the reality of what happened", and "I said what I said before Congress because I meant every word of it." Palmeiro passed a polygraph test in which he was not asked if he ever used steroids, but in which he did state that he unknowingly ingested them via a B12 injection. A 2005 New York Times article expressed one writer's belief that Palmeiro's story could perhaps be the truth.

In December 2007, Palmeiro was included in the Mitchell Report in which it was alleged that he used performance-enhancing drugs during his career. The report did not provide any new evidence and only recapped allegations made by José Canseco, Palmeiro's appearance before Congress, and his subsequent failed drug test. The report also details a conversation Larry Bigbie alleges he had with Palmeiro where he claims "Palmeiro asked him about his source of steroids and human growth hormone (the source was Kirk Radomski) and how the substances made him feel." Bigbie also stated that "Palmeiro denied in those conversations that he had ever used performance-enhancing substances himself."

On December 20, 2007, Palmeiro was also named in Jason Grimsley's unsealed affidavit as a user of amphetamines prior to their being banned by MLB.

Palmeiro lives in Colleyville, Texas with his wife. His son Preston plays for North Carolina State University and was recently drafted by the Baltimore Orioles organization . 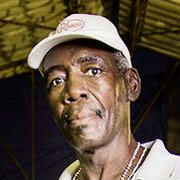 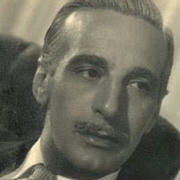 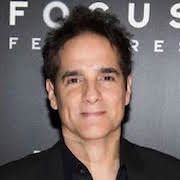