Raed Arafat (Romanian pronunciation: [raˈed araˈfat], first name also spelled Rayed; born May 24, 1964) is a Syrian-born Romanian intensive care physician of Palestinian origin. An anesthesiologist, he is the founder of Mobile Emergency Service for Resuscitation and Extrication (SMURD), as well as the coordinator of Mureș County Emergency Services until 23 August 2007 when he was invited to take the position of Undersecretary of State at the Ministry of Health to deal with the development of emergency medical care in Romania. He was also for a while the Minister of Health in 7–21 November 2012, serving many years as Under-Secretary of State for Health in the Romanian Government. He accepted the position of Minister of Health just as a temporary position after which he was nominated as State Secretary at the Ministry of Health until 28 January 2014 when he accepted to move as Secretary of State at the Ministry of Internal Affairs to head the newly created Department for Emergency Situations under which all emergency services are coordinated including fire and rescue, civil protection, prehospital medical emergency response, air rescue and emergency departments. He is still serving at the Ministry of Internal Affairs in this position.

Arafat was born in Damascus to a Palestinian couple from Nablus. He worked as a volunteer in emergency medicine from the age of 14. In 1981 he emigrated to Romania and initially settled in Pitești, where he took Romanian language classes.

Arafat enrolled at the University of Medicine and Pharmacy in Cluj-Napoca. He later moved to the Târgu Mureș University of Medicine, where he underwent specialization in anesthesiology. He completed a number of specialist courses abroad, training with the Paris Fire Brigade, the United States National Guard, and the Norwegian Air Ambulance.

Following the 1989 Revolution, Arafat contemplated leaving for France, but his application was rejected, so he concentrated instead on creating an emergency service in Târgu Mureș (which he originally financed with personal funds).

In 1991, he created SMURD, a mobile emergency service which began collaborating with the Romanian firefighting service and the Fire service of Scotland, working for it as a volunteer until 1998, when he gained Romanian citizenship.

In late 2005, his project to have SMURD function as an additional rescue service at a county level was passed into law, but raised opposition from the physician and Social Democratic politician Sorin Oprescu, who had drafted an alternative proposal. A reference to Arafat as "the Ayatollah of Romanian emergency medicine" and the stress he placed on the latter's country of origin brought Oprescu to the attention of the National Council for Combating Discrimination.

A first aid instructor, he coordinated international lectures on the matter in several countries (including Austria, Denmark, Greece, the Netherlands, New Zealand, Ireland, the United Kingdom, and the United States). In 2003, he was made a Knight of the National Order of Merit of Romania (a Grand Officer since 2005).

In late 2012 he was Romanian Minister of Health, then came back to his charge as undersecretary in the same ministry. 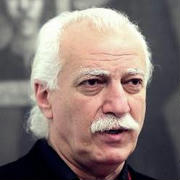