Radosław Kałużny ([raˈdɔswaf kaˈwuʐnɨ]; born 2 February 1974) is a retired Polish football player. He usually played a holding midfield role during his career, but was unusually effective at attacking for a defensive midfielder, his international goalscoring record evidence of that.

Born in Góra, Lower Silesian Voivodeship, Kałużny spent his first ten years in pro football in Poland. In 2001, he moved to Germany and stayed there for five years, playing for four teams. After another season in Cyprus, he last played for the Polish football club Jagiellonia Białystok and retired in summer 2008.

Kałużny was capped 41 times for the Polish national team and scored 11 goals. He was a participant at the 2002 FIFA World Cup.

Kałużny's main footballing attribute was perhaps his ability to retain possession for long periods of a game, due to a combination of accurate passing and excellent ball control. He also had a particularly venomous long-range shot. Perhaps his best season in football was the 2000–01 season for Energie Cottbus, where his performances had many admirers. A criticism of Kałużny during his career was that his mental attributes were less than desirable. He was easily wound up by opposition players, and often faded from games where his team was losing and needed him the most.

The contents of this page are sourced from Wikipedia article on 08 Mar 2020. The contents are available under the CC BY-SA 4.0 license.
comments so far.
Comments
From our partners
Sponsored
Reference sources
References
http://www.uefa.com/memberassociations/association=pol/news/newsid=748854.html
http://pzpn.pl/a_kadra.php?oid=58198
http://www.90minut.pl/kariera.php?id=771
Trending today in 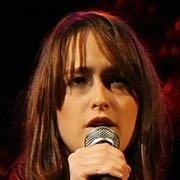